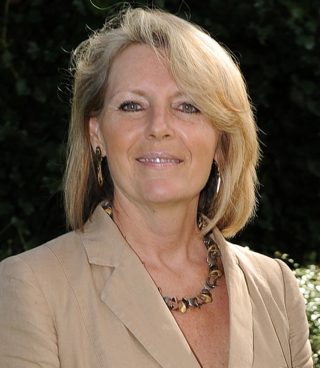 Going back to your old school isn’t always without trepidation. So when I approached St Albans School for Girls (I’d been there so long ago it was still a grammar school) I felt a similar frisson.

This time though I was seeking to enlist a top girls’ state school to work with one of the best girls’ private schools – City of London – to help me organise a conference to showcase the huge array of non-conventional jobs available to schoolgirls.

I was working on the City desk at the Mail on Sunday newspaper and had already set up a networking organisation (the Financial Mail Women’s Forum) for senior women across all sectors of society from the arts to business, science, engineering, public service and charity. The achievements of these women in jobs that most of us would never have heard of was simply stunning.

With my own daughters heading towards crucial GCSE choices I had been struck that so few young people had any awareness of the potential careers available to them and therefore how crucial was their subject selection at such a young age.

Why not, then, showcase some of the brilliant women in the Women’s Forum and allow schoolgirls to see the huge array of options?

Thus was born the idea of the Breaking the Mould conferences which were to form an integral part of my major recognition in being made an OBE in the New Year’s Honours List of 2010.

The conferences brought together female students from both the private and state school sectors to listen to women of great achievement in an attempt to broaden horizons and raise aspirations.

“we offered the girls the chance to hear and meet some of the most inspirational, yet unknown, women in truly powerful positions.”

Thanks to my journalistic background and the pulling power of the newspaper I worked for, we offered the girls the chance to hear and meet some of the most inspirational, yet unknown, women in truly powerful positions.

Just to mention a few: we had a test fighter pilot, the head of science at Tesco, the Queen’s brassiere measurer, an opera singer and an anti-terrorist specialist in the Metropolitan Police.

I think, however, the girls most enjoyed the fact that Rolls-Royce supplied a car for them to crawl over and that Royal Bank of Scotland – whose head of Formula One sponsorship at the time was female – provided several race car simulators!

Each year we brought together girls from throughout the country and the students from Stags and City of London brilliantly provided choral and instrumental entertainment throughout each day.

I’d always been interested in championing the enormous array of opportunities for women in business and the success of the – then – few who were making it to the top since I started in journalism in the early eighties.

Becoming a journalist was one of those most marvellous serendipitous events. I’d appeared quite bright when I was at Mount Pleasant Lane primary school in Bricket Wood where I grew up and had been fortunate enough to go to St Albans Girls’ Grammar School where I was a decidedly lazy and mediocre student.

After just about squeaking into Royal Holloway College (then part of London University and now a university in its own right) I emerged with no idea of what to do. So I followed a friend into becoming a trainee chartered accountant with Coopers & Lybrand. It was a mind-numbingly stupid decision for me – I hated it. This lack of any idea of what to do when I left university was another reason behind setting up the Breaking the Mould conferences so many years later.

I junked accountancy – much to the relief of my manager – and woke up one morning thinking “OK. I’ll become a journalist”.

Quite where that came from is anyone’s idea – I don’t think I’d ever read a paper let alone written anything. But after applying for a lot of women’s magazines as their fantastic new columnist I eventually managed to secure a job as the London reporter for the Liverpool Journal of Commerce. I learned my craft – after a two week training programme in Liverpool – by comparing what I had written with what appeared in the paper. The fewer the changes the better I’d got.

Luckily I’d finally fallen on my feet. I could just do it. You really just had to be interested in things, therefore ask the right questions and put them into a form that would grab your reader. I moved quickly from the Journal to another trade paper covering the transport industry and then to the daily shipping and insurance newspaper Lloyd’s List.

From there I moved to the Daily Express as, initially, a three month maternity cover which quickly became a full time job. Then I was again headhunted to join the Guardian where I stayed for about 12 years rising from reporter to City Editor.

During that time I had my two children and worked part-time in a job-share – although the Guardian for all its ‘let’s help working mothers back to work’ ethos was the most obstructive I’ve ever come across in the idea of job flexibility!

After returning full time I was made City Editor at the Guardian. But just as my family and I had decided to move out of London and back to St Albans to take advantage of the excellent education and brilliant rail links to Farringdon (where the Guardian was then based) I was offered a job at the Mail on Sunday as deputy City Editor – based inconsiderately in South Kensington.

I took with me my interest in corporate governance and women in business and luckily for me the Daily Mail Group had the money and the inclination to fund my ideas for a senior women’s forum and the Breaking the Mould conferences.

I was promoted to City Editor of the Mail on Sunday where I worked until 2013. After that I spent two years as a consultant to the Institute of Directors on how to increase their female membership.

Now, I spend much of my time learning French and renovating our house in the South West of France.