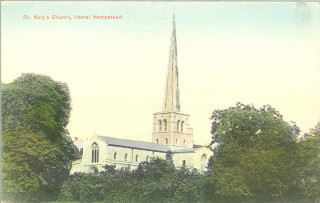 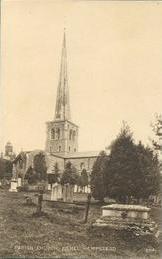 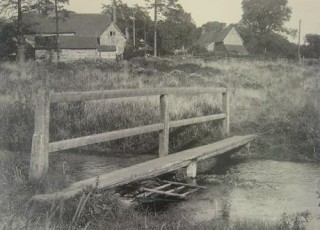 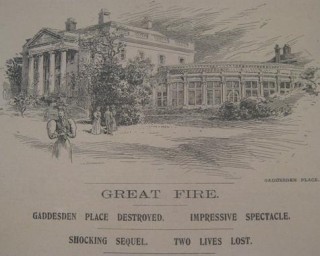 Gaddesden Place before the fire of 1905
Hertfordshire Archives & Local Studies 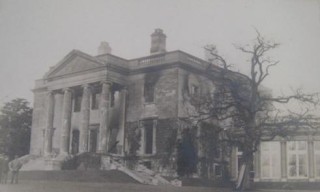 Gaddesden Place after the fire of 1905
Hertfordshire Archives & Local Studies 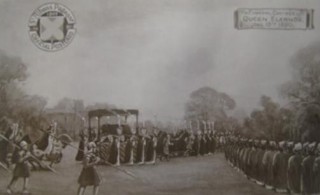 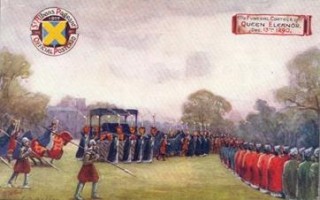 Jefferson’s Family Diary and Reference Book has a year to a page and was described as ‘A diary for recording the important events which occur during a whole lifetime; the dates of which may be kept and also preserved for future reference.’ It also contains the following note to users: ‘N.B. If the diary be properly kept, it will prove to be a valuable book after the lapse of a few years.’

Margaret Tyrwhitt Drake was the daughter of the vicar of Great Gaddesden and was born at the vicarage on 3 December 1883. This was the family home until 1905 when her father resigned the living, and she noted that on 29 November they left Great Gaddesden vicarage forever.

After a temporary residence in London, she recorded on 3 May 1906 that it was her first night at Boro’gate, St Albans (the 1908 edition of Kelly’s Trade Directory for St Albans lists the gentry, including ‘Rev. William Thomas Tyrwhitt-Drake, M.A., at Boro’gate, St Peter’s Street’). This remained her home but her involvement with the Society for the Propagation of the Gospel from March 1910 until May 1922 took her to London and to meetings elsewhere in the country. The last entry in the book records that on 1 November 1924 she started work with the Indian Church Aid Association. She died in 1968.

Her diary entries include the following:

I was born at Gt Gaddesden vicarage.

My confirmation at St Mary’s Hemel Hempstead by Bishop Festing. [John Festing was Bishop of St Albans from 1890 to 1903.]

The river dried up at Gaddesden most of the winter.

We had an ‘At Home’ and Picture Show at Hemel Hempstead.

Started taking a class at the Abbey Sunday school.

Took part in St Albans Pageant, as one of the Court Ladies in Queen Eleanor’s Funeral Procession.

Pan-Anglican delegates from Canada stayed with us.

Electric light put in at Boro’gate.

England declared war with Germany. Spent most of the month at Norwich helping with the Red X.

Barnard [her brother] married Dorothy Doncaster at St Mary’s Ewell. [He was inducted as Vicar of Thundridge the following month.]

My 40th birthday, spent at home.