A knock on the door changed my life 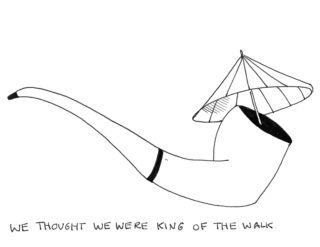 But as they say, where did my life begin?

Both my parents were German refugees from The holocaust. Dad was in a concentration camp and was one of a lucky few who were allowed out and arrived in England, and my Mother was sent to England by her parents just before they were taken away, never to be seen again. Mum and Dad had known each other earlier and when they met in England, got married.

I was born in Highgate Maternity Hospital next door to Dick Whittington statue with his Cat and across the road from where Karl Marx was buried.

It was decided my country needed me, so like thousands of others my mother was evacuated to Cardiff, Wales, with her baby son with a label pinned to him.

At the end of the war while dad was still in the army and my mother was training to be a nurse, I was put in an orphanage for young Jewish children where the plan was that I would be sent to what was then still Palestine. My parents had divorced and dad rescued me and took custody and we moved into a council flat in a “salubrious” part of London off the Caledonian Rd. opposite Pentonville Prison.

Every day was an adventure, playing on the bomb sites, watching cattle at the Caledonian Market and playing hiding seek with my young brother by chasing each other up to the top sixth floor of the house, diving out the window and climbing down the outside, (until one day I slipped and fell six floors into the basement, where I ended up being able to poke my tongue out through a gaping hole in my cheek). The highlight was when there was a hanging at the prison and we played hooky from school to heckle the bible bashers outside the prison.

I mentioned that I fell into the basement, well our flat had two rooms on street level and two rooms below ground and five floors above us, an area (open basement) front and back and a handkerchief sized yard with an outside toilet and laundry in a brick outhouse, and when it was bath time on Friday night, it was down to the Public Baths with a rolled up towel and piece of soap and two inches of lukewarm water if you were lucky.

At the time, living in the basement contributed to the big change in my life, when out of the blue a lady and her young daughter knocked on our door. The daughter was clothed from head to toe. Today to see somebody completely covered it would not be unusual, but at that time it was. It seemed that the lady had visited the council offices where my father had posted a notice asking for a transfer to a bigger flat, and because her daughter had a rare skin disease and could not stand sunlight she was interested in our below ground, sun depleted, basement. What she offered was a house on a council estate called Oxhey.

Oxhey in those days was an overflow dormitory estate with lots of churches, two schools, a shopping centre, no pub and no trees, however around the estate were fields, trees, grass and cows with not a double decker bus nor taxi in sight. But at the age of eleven that’s where we moved to, and all because a lady knocked on our door.

Life on the estate was a change, we ran wild in the adjacent woods and fields and I even became a Boy Scout. For our enjoyment we jived to the sound of Lonny Donigan, the Shadows and smooched to Matt Munro. However, school never featured highly and I left school never achieving anything higher than City and Guilds in tech drawing and metal work.

At seventeen I left school and went to work at Scammell Lorries in Watford. At that time Watford FC was in the third division and Elton John had not come along, but they were our team come rain or shine (it seemed mostly rain and fog) on the terraces on a Saturday afternoon.

I could say my time at Scammells was the making of me, thanks to my Dad’s pushing I managed to get an apprenticeship in fitting and turning, which I hated. As a last resort the company banished me to the Sheet Metal Dept., a trade which I found I loved. I even went to evening classes in Willesden one hours travelling from Watford three nights a week.

At aged 20 I left home and moved into the YMCA in Watford, where I met some great guys who had travelled, and many interesting hours were spent in the lounge hearing of their exploits. The interesting aspect of the YMCA was the religious mix, out of 84 guys only four were Christians, the rest were a mix of all sorts, I an agnostic, was one of them. Of all the religions, it was the Mormons who made the biggest impression on me, they actively walked the streets getting converts six days a week and on Sunday they would support some local group and coach basketball.

What was to be my first bucking of authority came about when the Christian clergy who were on the board of the YMCA decided they wanted to change the conditions by which the Mormons could stay, so I and a number of others went on a hunger strike (well we stopped eating in the hostel cafeteria which we really didn’t like in any case) until they rescinded their decision.

I don’t think that Watford could be considered a wild town but a gang of us would stride up the high street with our pipes in our mouths and when it was raining we had little umbrellas stuck in them to keep the rain out, we thought we were king of the walk.

Eventually, at 24, I met my first wife and we emigrated to New Zealand and had four lovely children, but that’s a story for another day.