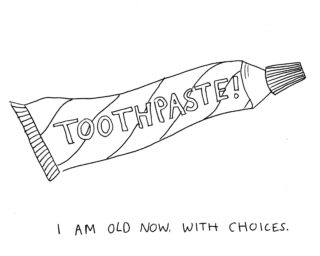 My first way of earning money was with two of my brothers and we collected jam jars and put them in our redundant pram and took them to the jam factory where we got a penny for each of them and shared it. 240 pennies to the pound. We learned the value of money early and the power of it.

At 15 I got a Saturday job in the chemist shop at the top of my road. We sold all kinds of things including make up, and contraceptives except that being a good Catholic girl I didn’t know what they were. When I did know, I knew that they were wrong so I made it difficult for customers to buy them. You may remember that there were always customers in Chemists shops as they were waiting for their prescriptions. When a customer asked for Durex, I should have asked “3 shillings? 4 shillings and sixpence? Or 5 shillings and ninepence?” Instead of which, I pretended not to hear. So they said it louder and in the end they asked for toothpaste! Which I concluded was a victory for God. What a little prig I was but I had been stuffed with religion.  I learned a lot in my many experiences growing up. Tolerance and acceptance are big.

I worked there for 4 years and also for 4 summers I worked in the Weston Chibnall’s Cake Factory. It also made bread. I was paid 2 shillings and sixpence halfpenny an hour and rolled 1200 Swiss Rolls an hour. I also put the jam in doughnuts and put the lids on pies and, joy of joys, decorated the gateaux.

I used to take cakes from the factory shop to the chemist shop, and make up stuff to the factory girls, at no profit.

One day I was on Ada’s belt on the gateaux, and Jock, the charge hand from Swiss Rolls came over waving a piece of paper, on which was written “Help! I am prisoner in Swiss Roll Factory” which I thought was very funny, and he thought that I was responsible and the customer was not amused. Some Swiss Rolls were wrapped in cellophane and put in a cardboard box.  It was found in such a box and it came from our factory and I don’t know who was responsible.

We are Railway Children and love to travel and with this hard earned money, we, 3 of us, hitch hiked around Europe.  We stayed in many Youth Hostels. I speak French and German. I hitch hiked 30,000 miles in the 60s.

I went to see the work of Lowry in Manchester and in the Tate in London. I asked the visitors if they had worked in factories and most of them had. All of them were positive about their experiences as I am. Then I did a more daring thing and asked a lady in a twin set wearing pearls if she had ever worked in a cake factory?

“Certainly not!” She said indignantly. “Whatever do you think I am?”

I was at Chelsea Flower Show last year and saw The Weston Chibnall Garden. I talked to the woman with a clip board who was with the garden and told her that I was one of the millions of workers who made Garfield Weston so rich.

I am old now with choices.