by Philip Skelker, 72 years from Borehamwood. 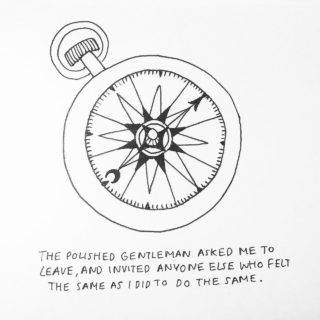 Be warned there are two strands in this story. One is what happened. The other is how reliable are my memories of it. I’ll tell you when I think I am distorting the narrative.

It was June 1966. My first year at University was over. I needed to earn some money to travel and lo and behold an advert appeared in the “Daily Telegraph” inviting students to assemble in a building in Bloomsbury to hear how with enterprise and determination they could earn a small fortune. I think it was unusual to find announcement like this in the broadsheets. The next morning I joined what must have been a hundred or so boys and girls edging towards their twenties in a large room in an early 19th century house built around a green and private garden.

A polished individual appeared at the front. He laid down a challenge to the eager audience. We had the chance he told us to market classic novels in a special edition to households where you wouldn’t normally find books. We would go from door-to-door in council estates and places where families lived on low budgets in dwellings which in no way resembled the one we were assembled in. In each of the homes we entered we were to offer subscriptions to books which reflected and accounted for the greatness of the English people. The classics! He advised us that the mothers were key to successful selling, “tell them that there will be no limit to what their children can achieve if they read these books.” The main selling points were fulfilment of the mothers’ aspirations and the advantages of paying off for these books over a long period of time.

The polished individual asked for questions. Veracity alert! I asked him whether it wouldn’t be better to convince the mothers to take their children to the Library or to buy cheaper copies of the books over a period of time and so avoid debt. The polished gentleman asked me to leave and invited anyone else who felt as I did to do the same. To conclude, I left the room with one other person, a girl whom I was never to see again, even though presumably she was a kindred spirit.

Then I walked round the corner to Senate House at the University of London, asked for a vacation job and spent the next three weeks as an examination porter. I wonder how many mothers took out subscriptions?

That veracity alert; – I think it’s true and I hope it is. The girl definitely walked out with me and I did spend three weeks moving huge paper parcels around the depths of Senate House. The alert comes because it would be so nice if it were and I can’t be sure that I haven’t done some polishing myself.