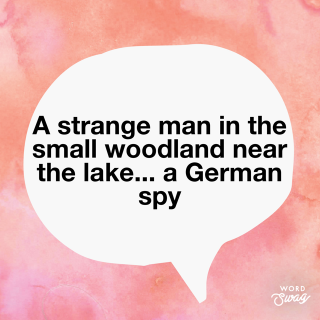 Looking back over my early life in St. Albans, Hertfordshire, my memories are mostly of the outdoors, watery outdoors.

Down Sandpit Lane, leading towards Hatfield, there was a small pond where we would go with jam jars and little fishing nets to spend happy hours filling up with pond water livestock then walk back home carrying heavy jam jars by the string, through the wildflower meadow. Such meadows were not uncommon and wildflowers were for the picking, to fill the home with their colour.

Another pleasure was making daisy chains in the little garden space off St. Peter’s Street, slitting the tiny stem lengthwise (with penknife or fingernail) inserting the next equally tiny stem therein and so on until we had daisy chains hanging from our necks.

Perhaps the most exciting activity was visiting the forge at the St. Peter’s church roundabout where horses were taken to be shod. Those cart horses were beautifully huge, calm and dominating.   Attention was of course concentrated on their magnificent hooves. The farrier would take hold of a chunk of fetlock and heave the great hoof up on to a metal stand or hold it between his legs against his leather apron and pursue the professional task of removing nails and shoe then fitting the newly created horseshoe. The new steel shoe was heated in the furnace until ready to burn against the hoof and hammer into shape on the anvil. We would just stand and watch, fascinated by the shoeing process and entranced by the magnificence of these cart horses, as we stroked their soft noses.

During World War II we lived in Fishpool Street, in the shadow of St. Albans Cathedral, where the street stretched down to the river Ver. Here army convoys used to grind their noisy way up the narrow street in an attempt to cheat the Germans. I also remember the large airplanes towing gliders almost touching the cathedral tower as they flew past on their way to the catastrophic battle of Arnhem.

Here on the river Ver we kept a rowing boat, so small that if you ‘caught a crab’ you found yourself tipped into the water – all part of the fun.

My father was a GP in medical practice in St. Albans for some twenty-five years. His Surgery was not in our house but nevertheless our home telephone always had to be manned. So before going out of the house we had to be sure to call the telephone operator with ‘Please transfer calls from 1042 to 266’ and then on our return ‘Please return calls to 1042’. These numbers are etched into my mind to this day.

My wonderful father thought we should be able to shoot and hit a moving target with his gun. So he took us down to the river, threw a half egg shell on the river surface and expected us to aim and hit the moving target as it passed by down river. That was quite frustrating; I don’t think I ever managed to hit that bobbing eggshell.

Below the cathedral is the site of the ancient Roman city of Verulamium, some walls and the hypocaust still remaining. A beautiful lake is there and in the bitter winter of 1947 the lake was frozen over for weeks. The son of the St. Albans School headmaster skated like a dancer in his proper skating boots while we struggled to compete with skates strapped to our walking shoes. It was great fun but cold; no fleeces, no quilted jackets, only our old school coats but we came home to a cup of hot chocolate in front of a small open fire , to bring our hands back to life.

In those days there was no fear of strangers and we were free to roam or go anywhere.  I do recollect there were rumours of a strange man in the small woodland near the lake, who was accepted as being undoubtedly a German spy.

After all, we understood there had to be spies around. In order to avoid assisting a German spy, we were never to mention any location by name at any time especially when travelling by train. Hence the impressive posters created by Cyril Kenneth Bird of ‘Careless Talk Costs Lives’. Of course, it was the very real threat of invasion by the enemy that required the total absence of signposts of any kind anywhere, even including road signs.  It also meant we ourselves had to take care not to get lost in unfamiliar territory.

In summer the ice cream man would be in position by the lake, ice box carried on his tricycle displaying ‘Stop Me and Buy One’. He would unwrap the rectangular block of ice cream, place it between two wafers and hand it over. You would take the wafers between thumb and forefinger and lick all round and round the edges, as it gradually melted.

My friend Joan and I wanted to go for a ride on a canal. So one morning my father drove us to Hemel Hempstead where we waited on the southern side tow path for a suitable narrow boat to come by.   The canal system was originally built for the transport of goods and that is how it still was used, with no thought yet of leisure craft. The narrow boats carried an enormous load of coal under a cover, stretching from bows to stern. We hailed a narrow boat whose boatman was willing to take us on board and my father made arrangements to collect us in the evening. We settled ourselves in the small space in the bow of the boat, with boatman at the helm in the stern. We must have helped operate the many locks between Hemel Hempstead and the far side of the Tring reservoirs. It was a lovely day looking ahead along the canal all day, until the evening when we passed beyond Cheddington and my father was there to pick us up at the appointed place.

After this happy day my father drove us home and I have no doubt we had a good cup of hot chocolate before going to bed. Sitting up in bed against the pillows with sheets drawn up, thoroughly satisfied with our happy day on the canal, we were relaxed and content. When all of a sudden, oh, what’s that on the white sheet before us? What’s that tiny dark jumping object on the white sheet? Squash it between finger and thumb, we did, and sought another……

Our tiny companions on the canal boat had accompanied us back home!