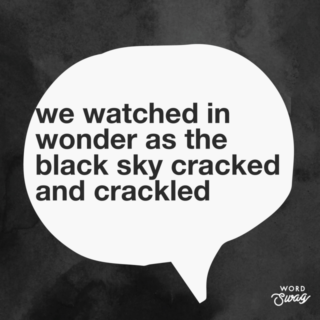 It was the year 1938. I was eight years old. Looking back I think it must have been Guy Fawkes night when, particularly in those days, the tradition of gathering around blazing bonfires and shooting rockets into the night sky to celebrate that time 400 years ago when the Houses of Parliament were saved from destruction, was taken very seriously.

It must have been around 9.30 p.m. that I was awakened from sleep and, still feeling somewhat disoriented, I was dressed and bundled into the car. Sitting beside my father who was driving was the well-known member of the St Albans Abbey clergy and friend of the family – Canon Cyril Hudson. It was an exciting moment in my young life as we rushed through the darkness to an unknown destination.

We parked the car beneath the 219 year old cedar tree in Sumpter Yard and entered the great cathedral by a side door for which Canon Hudson had a key. I was now told that we were to climb the narrow steps leading to the great tower of this monumental building, and from that magnificent height we would gaze down in lonely splendour on the dazzle of fire and conflagration that would erupt below at the given hour.

The great Cathedral was deserted. Although, at the time, I had no idea of the more than a thousand years of history that had led up to this moment, the vastness of the space that drifted into shadows, the utter silence and what I can only now describe as the presence of past generations, created a sense of fearful awe in my young heart.

And so we started the long climb up the spiral stone steps, up, up and ever up until we reached the top and stepped out onto the roof of the tower itself.

And then, at the appointed hour, we watched in wonder as the black sky cracked and crackled with a hundred rockets.

And so back to bed and sleep, my mind holding a memory that is with me still.