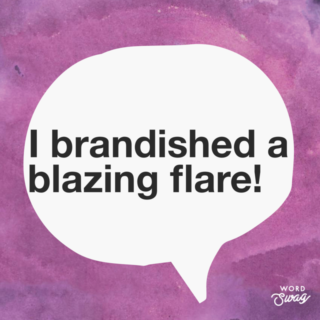 A darkness has descended. Following the bright light, it seems pitch black. In silhouette, the massive mound of earth dominates the view. It is eerily quiet. A horse is heard snorting. It is late and there is a slight chill in the air. Suddenly, a single spotlight emblazons the keep as a lone man climbs to the top. He kneels and a crown is placed upon his head. A cry goes up; lights flood the central arena which is packed with crowds bellowing out to the strains of Elgar “All England is free, Hail to Normandy…” And I, a humble peasant, was there singing along at the top of my voice alongside a cast of hundreds!

It is June 1966 and the scene Berkhamsted Castle, the stage for the Pageant to celebrate the 900th anniversary of William the Conqueror being offered the crown of England by bishops and Anglo-Saxon nobles. William of Normandy and his armies had fought the battle at Hastings and then marched north. On his way to London, the Saxon lords surrendered to him at Berkhamsted, already a strategic location, on the way to London.

I’d always been interested in history and was thrilled, as a 13-year-old, to be taking part in the spectacular Pageant. Growing up in the small Hertfordshire town of Berkhamsted, the now ruined castle had always been a significant feature in my life. We would go to “the castle grounds” for a walk, to show visitors, to run around the ruins, and to play games. Climbing the keep and then dropping stones down the deep well would be a highlight. Later, I would do this with my own children. When I was a child, excitingly the moat always seemed to be full of water but that never seems to be the case now. For me, the castle embodied the long history of the town.

The Berkhamsted Pageant, working backwards in time re-enacted a series of events from the town’s glorious past: the battle for Berkhamsted Common; Charles I visiting Berkhamsted; Princess Elizabeth being imprisoned at Ashridge; Edward the Black Prince going to the crusades; the medieval siege of the castle; and Thomas à Becket in residence at the castle. The climax was the Duke of Normandy receiving the crown of England. I think there were eleven or twelve scenes in all.

Did it all happen in Berkhamsted? Was it in the Pageant, as I remember? I like to think it was accurate and certainly Percy Birtchnell, a local historian and a gentlemen’s outfitter with a shop in the High Street, was advisor to the production. But as George Bernard Shaw observed “History, sir, will tell lies as usual,” so who knows?

A different local society or group took responsibility for each episode. Ashlyns School, where I was a pupil, enacted the life of the notable 18th century poet William Cowper. My friend, David, another boy, and I were cast as Bourne Scholars. We wore a school uniform of the day, very ably created by wardrobe mistress and Ashlyns School teacher, Miss Ruddles. This was a bit of a twist of fate because at Victoria, my primary school, I had been a Bourne Scholar, a role which became like a prefect or monitor. I still have the commemorative badge and the bible. We enjoyed the build up to being in the scene with Cowper. I expect it involved some of his poetry, but in truth I knew little about Cowper then or indeed now!

Then to our pleasure we heard that another society – I can’t remember who – was short of the actors or extras they needed for a band of peasants for the siege of Berkhamsted Castle. We rushed to sign up. This time we dressed up as 13th century peasants and we had lots of rushing around.

Like all childhood memories, the weather throughout the weeklong run of the Pageant was beautifully warm and sunny. The evening started in brilliant sunshine but as dusk approached it became cooler and darker. By the climax of the evening, the arrival of the triumphant Conqueror, I remember it being well and truly dark. The entire cast rushed on to the main arena. And I brandished a blazing flare! How exciting was that! We sang the Pageant anthem to music composed, I think, by Elgar. We took our bows and it was over.

It was a formative experience and part of my growing up in Hertfordshire. Today, I live in St Albans another town rich in history. To return to Bernard Shaw and his view of history, I am now pleased to be a National Trust Guide at Shaw’s Corner and learn about his great wit and wisdom. History may be an interpretation, created through the eyes of the commentator and from a perspective. I’m sure that both the episodes told in the Pageant and my recollections may have been embellished and probably riddled with inaccuracies. But for me, what memories were created.