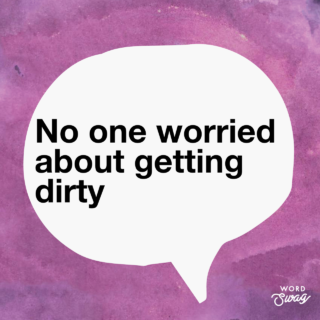 Are you one of the many thousands of Hertfordshire primary school children who enjoyed a four-night trip to Cuffley Camp?

My husband Michael ran a school camp for seventeen years from the end of the sixties, and I joined him for the occasional night. The children were accommodated in green tents, in a circular formation known as a village, sleeping on straw mattresses. He preferred to self-cater, cooking on the open range in the centre of the camp. Cans of meatballs and spaghetti and other delicacies were heated up for remarkably unfussy, hungry children. Chips would arrive ready-cooked once a week, and sticky buns were eagerly anticipated each teatime.

Once at the camp, it felt miles from civilization, surrounded by trees, with only the sound of birds when the children were quiet enough. Activities were based on play and freedom, but the children learnt a massive amount. There was wood and water to collect, spuds to peel, wood to chop, trees to climb, camps to be made in the woods, and the swallow holes to run up and down. More structured activities included pond dipping, scavenger and treasure hunts. A walk to the village shop and the last night communal camp fire were other highlights.

If we were lucky, we might see dragon flies, a muntjac deer and be visited by squirrels. The children were told to bring a squirrel-proof tin in which to keep their sweet supply. Many a tin was broken into but we had the last laugh when a squirrel eagerly made off with the contents of one child’s tin which contained Ex-lax!

Every summer, there was also a ten-day camp for children identified by Social Services, who would benefit from a break. The car was loaded up with spare wellies, and clothing for those children who arrived minimally-equipped. We were given basic information about the children but those who came armed with a difficult reputation often thrived in the freedom of outdoor life. No one worried about getting dirty, or wet beds, food was plentiful and there were a few extra treats, including a film afternoon in the village hall and a trip to the village shop.

There was a toilet and shower block in the main area of the camp, but a crude hutted facility for each of the camp villages for night time emergencies. Most of the children preferred not to use this apart from one boy who decided to venture down the boys toilet and up the girls! A mild recommendation not to do it again, plus a refreshing shower, soon quelled his thirst for new experiences!

Health and safety would have had a fit with what the children were allowed to do but in all the years there was only one visit to the local hospital when a boy cut his leg tree climbing. If the nurses were horrified by the filthy state of the child and the accompanying adult, they managed not to say so.