The Catholics Ruined My Taste for Fish 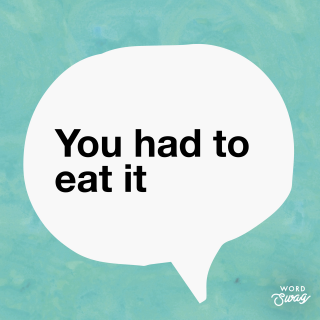 Around the time I was four years old I started attending a primary school called St. Christopher’s. I remember enjoying this school, except for the incident when the headmistress’s two huge Great Danes started charging me and another kid in the apple orchard. After she rescued us we had to stand in front of her big fire in our underwear until we dried out.

But the worst part of the week was Friday when we had fish, and I wasn’t even a Catholic. The meal would arrive in a bowl and it looked like porridge, had the same colour, and would consist of mashed-up fish mixed with Kellogg’s Corn Flakes, and some cut up potatoes. Now, I’ve never really had any problems eating all sorts of foods, but after one or two spoonfuls of this stuff I simply refused to eat it. But there was a catch, you had to eat it. And you sat there until you did. I don’t know how I survived those couple of years of torture and even my memories of it are hard to pull up.

The Catholics ruined my taste for fish and I’ve never really been able to eat it since, and I’m a Pisces.