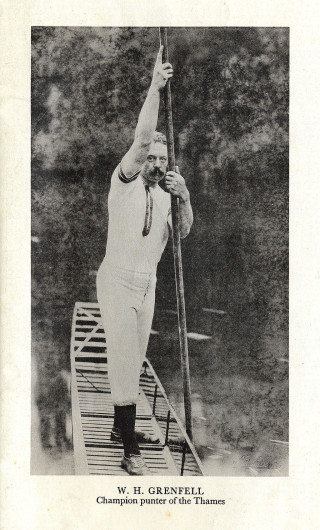 As well as having a long and distinguished career dedicated to public service, Lord Desborough was a genuine sporting all-rounder and became the first president of the British Olympic Association which was established in 1905. His list of sporting achievements is wide ranging and extremely impressive.

From the Thames to the Channel

At Oxford University he rowed in the dead-heat race against Cambridge in 1877. The following year, when he was president of the University Boat Club, he was in the crew which won by ten lengths. Away from Oxford he won the Thames punting championship for three successive years from 1888 -1890 and then retired unbeaten. He stroked with an eight across the English Channel and, with two others, sculled the London-Oxford stretch of the Thames in 22 hours.

From Niagara Falls to Athens

He was president of the Oxford University Athletic Club. after leaving university, he climbed the Matterhorn by three different routes and twice swam across the base of the Niagara Falls, once in a snowstorm. He was president of the Amateur Fencing Association from its foundation until 1926. In the 1906 Interim Games in Athens he led the British fencing team to the silver medal in Epee.