A Force of Nature on the Page

The letters of the Duchess of Marlborough 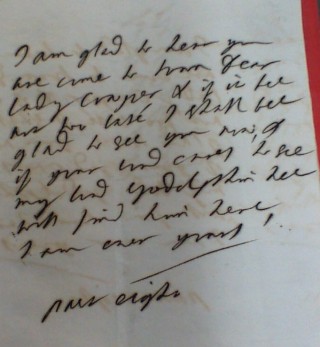 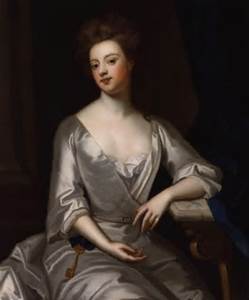 The letters are three hundred years old and barely legible, but not because the ink has faded or the language has changed so much. It is rather because the woman holding the pen was too eager to share her thoughts to worry about spelling, punctuation or grammar.   She was the Duchess of Marlborough, admired and vilified in her day and still an intriguing character in British history.

You could say that Sarah Churchill, the first Duchess of Marlborough, was a local girl made good. Born in St Albans in 1660 to the Jennings, a family of local landowners, she married  a humble soldier, Sir John Churchill now better known as the Duke of Marlborough, the unbeaten general and hero of the Battle of Blenheim. She went to Court as a young girl and became the best friend of the future Queen Anne, ending up as the most senior female in Anne’s entourage before they quarreled violently. She had political ambitions, or at least tried to influence policy. Her favourite house was her birthplace, Holywell House, St Albans, now sadly demolished.

She was an astute business woman, the driving force behind the building of Blenheim Palace, and not least of all could count amongst her descendants two 20th century icons, Sir Winston Churchill and Lady Diana Spencer, Princess of Wales. She was an integral part of late Stuart history but more than that she was also a person.  This is touchingly demonstrated by a set of letters to be found in the Panshanger collection at Hertfordshire Archive and Local Studies.

Bound in a neat red binder these missives were mostly written to Lady Mary (Countess) Cowper in Cole Green, near Hatfield although some were addressed to Mary’s husband, the Lord Chancellor, William Cowper.  Mary was Lady of the Bedchamber to the Princess of Wales,[1] making her a witness to all manner of court intrigues and therefore someone who would appreciate her correspondent’s interest in politics. Sarah counted Mary among her close friends and the correspondence reveals the Duchess’s frustration and anger at current affairs and those she considered her enemies. They also display concern and affection for her Hertfordshire neighbour. The intention of this introductory piece is to give a flavour of the content of the letters, picking out some interesting comments and preparing the way for selected letters to be reproduced in full, annotated to explain their background and significance. They span the years between 1708 to 1721 and are intriguing snapshots of how it feels to be an increasingly peripheral player in political circles when for decades you have been a central force.

Picture then the middle aged Sarah travelling between the grace-and-favour apartment at Windsor, her favourite home in St Albans and Marlborough House in London, gossiping about politics, trading large sums of money, and giving her forthright opinions on her contemporaries. In addition to her problems with the Queen she had to bear a self-imposed exile to Antwerp and Frankfurt during an adverse political climate.  She had a fervent belief in the Whig party and had campaigned all her life to promote their cause.[2] But after her fall from favour with her royal mistress and her husband’s disgrace after allegations of corruption she was no longer at the epicentre of political activity.  So it must have been with some regret that she wrote as an outsider in her daughter’s home at Althorp that she expected ‘to hear of great changes by this post’ without any hope of influencing those changes.

The references are not confined to politics. They also demonstrate Sarah’s expertise with money. Her family were gentry but bankrupt; it has been surmised that her parents separated over her father’s fecklessness and all Sarah ‘s mother left her was a pile of debts.[3] This early exposure to money worries might be the background to Sarah’s very competent grasp of finance. (Unusually she ran a separate bank account to her husband.)  She was certainly canny enough to make thousands of pounds from the South Sea Bubble exercise in which others lost everything. In one letter she writes that her agent

Bearing in mind that £1000 was worth £76,590.00[4] in today’s money and that Sarah later remarked that she was no fan of the South Sea scheme, there is no doubt that she knew how to work it to her advantage and she has been noted as a very canny and successful investor.

Perhaps her most lasting achievement was the management of her building works including Blenheim Palace.  Originally intended as a gift from Anne to the Duke for his great victory at Blenheim it escalated on size and cost.  She had frequent battles over money with Vanburgh the architect, which led to recriminations and a law suit. We see among the letters an example of her close scrutiny of construction works with her comments on the progress of Marlborough House by no less a person by Sir Christopher Wren:

[Alth]ough I am  not an  architect I find we can’t be long from my building without the danger of having a window or a door or something or other that one does not like, and yet  I think I am in the ‘best hands’ we have for their rules do not always agree with my fancy and I am forced to be perpetually upon the watch.

However, not all the letters concern themselves with high finance, major projects or the political scene. Many of them contain neighbourly invitations to lunch or comments on her husband’s health after his stroke in 1716.  There are also charming little tokens of friendship such as the gift of “two little caps …  to show you the fashion in Germany … They are really very pretty and becoming to children and those that are very young … I fancy you might not dislike one of them for dear miss, or yourself in the summer when you are alone in the country.”

The letters are well worth close attention and the more interesting ones will appear on Herts Memories to give a picture of a powerful, capable and volatile woman who witnessed (and arguably  had some influence over) the early formative years of the British political system and was the loving companion of one of the most successful commanders of the early modern period.

[1] Caroline Princess of Wales, daughter of the Margrave of Ansfach, born in 1683, married in 1703 to the Electoral

[2] For further comments on this see Herts Memories http://www.hertsmemories.org.uk/page/how_much_is_it_worth