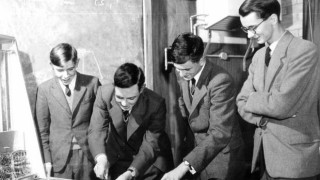 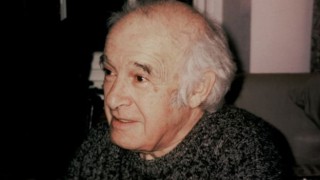 An interesting item on the BBC news website on 9th March 2016:-

Scientist Stephen Hawking has paid tribute to the teacher who inspired his early steps into scholarship. He says Dikran Tahta at St Albans School opened his eyes to maths. “My handwriting was bad, and I could be lazy. Many teachers were boring. Not Mr Tahta,” said the physicist.

Professor Hawking’s official website gives more details:- Stephen William Hawking was born on 8 January 1942 in Oxford. His parents’ house was in north London, but during the second world war, Oxford was considered a safer place to have babies. When he was eight, his family moved to St. Albans, and at the age of eleven, Stephen went to St. Albans School and then on to University College, Oxford.

According to Wikipedia:- As an eight-year-old, Hawking attended St Albans High School for Girls for a few months; since at that time, younger boys were allowed to be pupils. He then attended Radlett School for a year and from September 1952, St Albans School. Hawking’s father wanted his son to attend Westminster School, but the 13-year-old Hawking was ill on the day of the scholarship examination. His family could not afford the school fees without the financial aid of a scholarship, so Hawking remained at St Albans.

It would be interesting to know whether anyone remembers Stephen as a fellow pupil?