You are here: Home>Herts history>Towns and Villages>Baldock>Baldock Voices>Elmwood Manor, Baldock: The house that stood on the site of Baldock Tescos

Elmwood Manor, Baldock: The house that stood on the site of Baldock Tescos 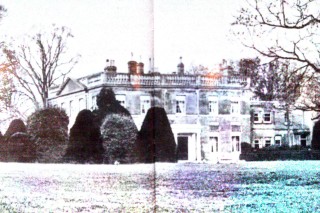 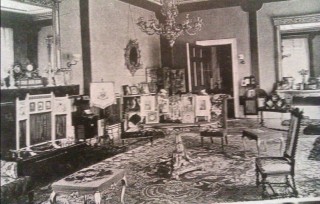 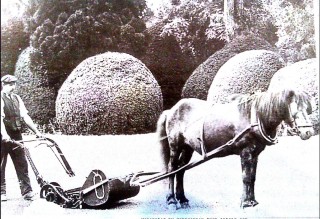 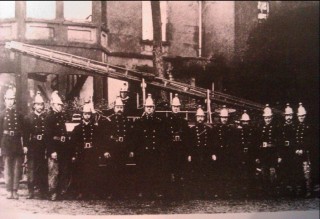 Elmwood Manor was the largest of the big houses and stood in its own grounds, with adjacent deer park. It had a large staff of servants and was a small community in itself.

Mother was born at Cottred and she was in service from the age of 13 1/2. She was quite overwhelmed with what a lovely place it was. They had a coachman, footman, housemaids, parlour-maids and she went as under-kitchen maid. Anyway she got on quite well with cook apparently – they had a terrible housekeeper – everyone was petrified of her and the head butler – they were a couple – everyone was frightened to death of them. The housekeeper said to my mum one day, ‘Kate, I want you to feed this old lady.’ She was one of the household, infirm and couldn’t feed herself, so the housekeeper said, ‘It’s a job to get her to eat so you must insist on it and feed her.’

Mum was only about 14 then and she went upstairs with great trepidation because this old woman was an autocratic old devil. She sat in bed and she wouldn’t eat this – it chopped-up chicken – and Mum got so frightened because the housekeeper has said she must eat it. So Mum ate it all and when she went down, the housekeeper said what a good girl she was for getting the woman to eat all the food. She was frightened to death that she’d get the sack if they ever found out. So any time she was asked to go up and feed the old lady, if she wouldn’t eat. Mum used to eat it up – pudding and all.

When visitors drew up in their carriages, the maids used to look down and watch them arrive. They had big balls there and she said it was just like a little community on its own – like a little village – with all thbse servants. They used to have lovely times there with all the parties and balls and everything. A lot of hanky panky went on there, I reckon, with footmen and the maids and all this, that and t’other.

But she used to have to take water upstairs every morning because there were these two girls there – they were sisters – Beldams. They were very plain girls with ever such spotty faces and they used to put oatmeal all over their faces. My mother said they frightened her to death when she went in their bedrooms and they had this oatmeal all over their faces. They were big girls with big feet and she was frightened to death of them.

They had lovely dinner parties and they were more or less self-supporting, because they had their own laundry and I think they must have had a farm and a big dairy. In fact the dairy was the only part left after the fire. But Mum said they always had loads of fresh cream and eggs. They had to make the butter once a week and she had to churn it. They had vast gardens because Mum said they used to have lovely asparagus, and grapes out of the vinery. When the table was laid for a dinner party, they all used to sneak down and have a look at all the silver and the gold laid out. My Mum loved it there – she had a lovely life – well, of course, it was for her because she came out of a little farm worker’s cottage. It must have been like going in paradise.

There were three of them in the kitchen at Elmwood and they had three little iron beds right at the top of the house. It was ever so poky and it was very sparse – lino on the floor and rough old blankets and sheets, but it was clean and they didn’t expect anything more in those days.

The servants were very well fed and Mum said that about once or twice a week some of the very poor people used to come to the back door with a pillow case and they used to put bread in it for them and give them a can of soup because always had soup cooking there. They had two or three cook. They were very good to the Baldock people. Mum loved it there – the only problem was this terrible housekeeper and the butle. The housekeeper used to see the lady of the house every day and the go to the kitchen to issue orders for the day’s menus, but she always had to knock at the kitchen door.

There was a very strict hierarchy. And no one could go into the butler’s pantry without permission. Mother was only allowed to do certain things like prepare the vegetables and clean all the pans and the kitchen, until she got a little higher up and she was allowed to do other things. They all had to take hot water in big brass cans up to the bedrooms, two or three flights of stairs. She also had to go round with the housemaid – the one who made the beds and they had to empty the slops, wipe the chamber pots out and put them back in the little cupboards and clean all the wash-basins.

She had to get up about 5 o’clock to clear all the clinkers out and light the fires and then prepare the big breakfasts that they had every day. She said on the sideboard they had porridge and grape nuts, kedgeree, bacon, eggs, kidneys, kippers, toast, so many things. Every day!

We got caught in the old park once – Elm Park. The gardener, Buck his name was, used to live in the lodge – he caught us several times. A policeman caught us once and I had a sackful of wood – just little pieces. I ran and he pretended to take our names, but he didn’t do anything. I tipped the wood out so’s if he caught us I wouldn’t have anything on me to show I’d been there.

I remember Elmwood Manor when I was a girl – the band used to play in there on a Sunday afternoon. Baldock had a silver town band then. The Hergerts were a big noise in that. The two lads and the father were there and a man named Crouch, lived in Pem-broke Road, he was an undertaker and he used to play the silver cornet. The public were admitted to the park on a Sunday after-noon – there was deer and all sorts there. You went in by the gate at the little lodge on the High Street.

It was Epiphany when it burnt down. We were in church singing an Epiphany hymn when the fire bell went and we were dying to get out of church to see what was burning.

I can remember Elmwood Manor being all a-blaze. As a matter of fact at one time we had a photograph of flames pouring out of all the windows; you see my father was a fireman for 42 years. My mother always said that it was to have been a finishing school for young ladies, but two or three nights before they were due to come, and all the ground fittings were in, something started the fire off and it all went up in flames. It stood derelict for years until the photographic people took it on and then the Bondor came.

The Bondor was built as the Kosmos Photographics at first, but the family went broke and it stood empty for years. The brickwork is very good. All the bricks came from Baldock Station by orse and cart to build it.

The Full-Fashioned Hosiery Company then took the building over and brought people from the Midlands. They earned four or five times more money than we did. All the homes up Mansfield Road were built for them.

I remember all the people from Mansfield and all the houses being built in the lovely park – Elmwood Park. It brought a lot of employment to the town, but I often wonder what would have happened if Elmwood Manor hadn’t burnt down and that factory had never been built. Perhaps Baldock might still have been a quiet little town country town?