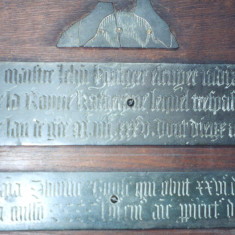 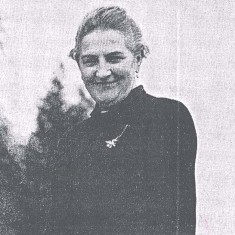 Mrs Alice Laden was George Bernard Shaw's trusted housekeeper at Ayot St Lawrence for the last seven years of his life. She ran the house, coped with servants and tradesmen, prepared Shaw's vegetarian diet and preserved a degree of privacy so he could work. Fred Day was a chauffeur for 31 years to Shaw, who described him as his "treasure".
Shaw The Villager and Human Being 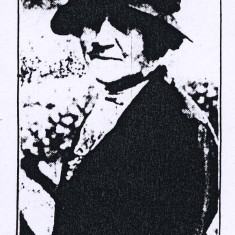 Henrietta Horewood was head housemaid at Gorhambury, St Albans for 48 years and was presented to the Queen in 1931.
Hertfordshire Archives and Local Studies 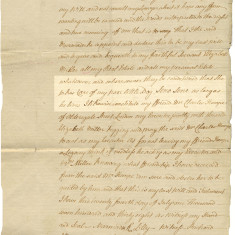 Will of Marmaduke Lilley, 1778
Hertfrdshire Archives and Local Studies, Ref: A137 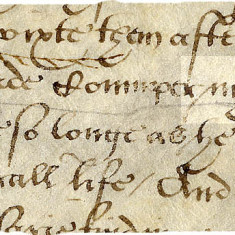 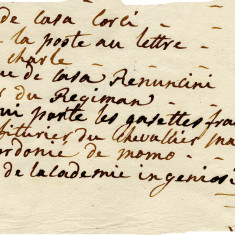 Servants in her Italian household in Florence were also rewarded... Here are the accounts of the Cowper's French House Steward, Pierre Jordan, 1773
Hertfordshire Archives and Local Studies, Ref: D/EP AF220 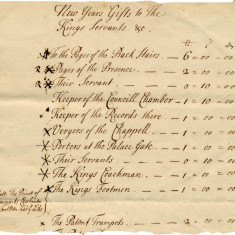 Sums expended on New Year's gifts to the King's servants by Countess Cowper in 1714
Hertfordshire Archives and Local Studies, Ref: D/EP A5 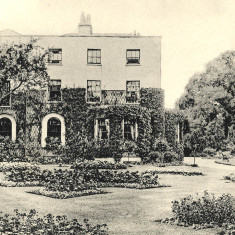 Some servants were lucky enough to have a kind and considerate mistress but others were less fortunate. It was easy for servants to be seen as a separate race whose only contact with their superiors was through chores. Employers would even change their servants’ names if they clashed with those of the family.

If a servant was unhappy, it was difficult for them to leave if they were too timid or scared of getting a bad reference. There were a few known court cases where a servant was beaten or starved to death. Few complained however, life was hard but it did carry some status above a labourer or shop assistant.

One of the earliest memorials to a servant can be found in All Saints Church in Hertford to John Hunger, (!) a cook to Henry the Fifth’s wife, Catherine who lived at Hertford Castle in the 15th century.

70 Years in Service to one Family

In 1911, eighty four year old Miss Sophie Groom had notched up 70 years in service to the same family who owned a chemist in Watford. She started aged 14 and had never had a week’s holiday in her life of ever spent a night away from Watford but had visited the seaside and Crystal Palace when she was younger. Herts Advertiser 25/1/1911

The Richest Dog in London

Elizabeth Miller was the faithful and very lucky servant of Marmaduke Lilly, an apothecary of Convent Garden who left his entire estate to her in 1778 provided she looked after his “poor little dog, as long as he lives”. The dog in question was no so little: a Harlequin Great Dane called Senesino, possibly named after an Italian Composer who came to London at the time. (Information about the dog’s breed was found in The Gentleman’s Magazine)

John Gardiner’s fool was taken care of in his will of 1550: “John Gardiner, gent and fishmonger of the city of London… leave money to the poor of Wadesmill… I will require and charge my said wife and Thomas, said son after my departure do keep one Edward Commper; my foole and now my servant and drudge in househole with me so long as he will tarry and abide with any of them during his natural life… also I will bequest to both my mayden servants, Elizabeth Anderson and Margarete Little, a black gown…”

At Christmas and New Year in the 19th century, servants could enjoy some yuletide fun and may have been allowed an afternoon off. Some would have recieved a present from their employer, such as material for clothing or a photograph to send to their families.

Countess Cowper of Cole Green House near Hertford gave money to the King’s servants on New Year’s Day in 1714. Not only the Queen and the royal family, but also every courtier and servant gave the King a gift. Each gift was presented to him by the donor or his representative in a glittering ceremony, where the gifts – which might be gold or silver plate, jewellery or money were afterwards displayed on tables for all to see.

Lady Meux of Theobalds near Cheshunt died in 1910 and her servants were not forgotten. Those employed for less than a year were left 6 months wages and anyone up to four years received £15 each, the equivalent of over £1000 today.

Mr Robert John Porcher Broughton, a solicitor of Callipers Hall at Chipperfield died in 1911 aged 95 and left over £1.6m. Some of his former servants recieved £100, the equivalent of nearly £7,500 in today’s money. Each of his indoor servants with over 5 year’s service got two year’s wages. Even the garden boy wasn’t left out – Thomas Godman recieved £5, equal to £365.