You are here: Home>Herts history>People>Servants>The Upper Ten and the Lower Five Servants

The Upper Ten and the Lower Five Servants

"In all establishments, it is the butler's duty to rule" 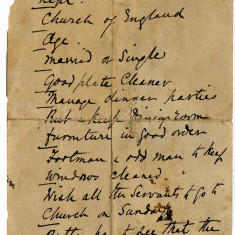 This butler's job description had very specific requirements. He had to wish the other servants to church, had to be a "good plate cleaner" and be able to manage dinner parties.
Hertfordshire Archives and Local Studies, Ref: D/Ehl E19 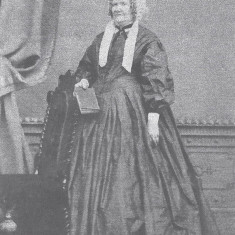 Mrs Clary, the housekeeper at Potterells, North Mymms, c.1860. She appears on the 1861 census as "Mary Clary" and was born in Buntingford in 1805. HHer husband Frederick was the Butler.
North Mimms pictures from the past 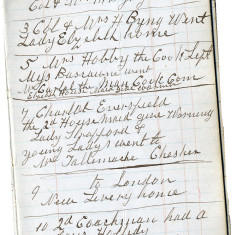 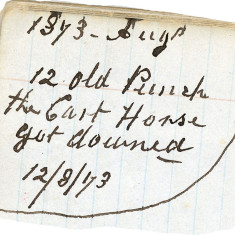 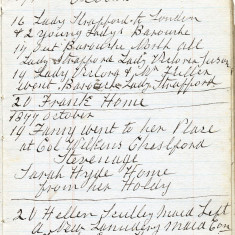 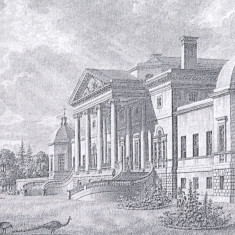 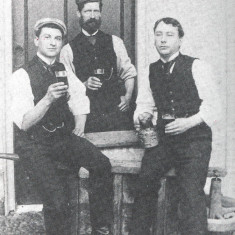 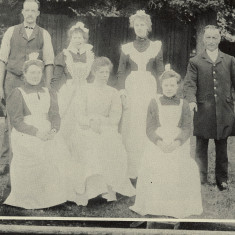 Staff of Shenley Rectory, 1890s. Gardener, Will Cole and Coachman, Joseph Treacher. Unfortunately, the female staff are unnamed.
The Book of Shenley 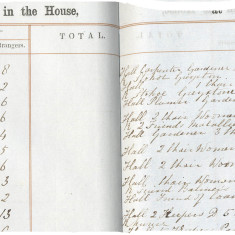 A dining book including servants and strangers who dined at Panshanger near Hertford in 1855. On September 6th, there were 20 servants in the hall and 6 strangers - 2 charwomen, 2 carpenters, a plumber and a gardener.
Hertforshire Archives and Local Studies, Ref: D/EP F257 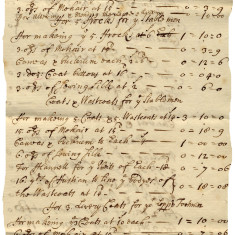 The Third Earl of Bath's expenses, 1711. The Earl's Footmen had the finest livery available and he spent the equivalent of nearly £2,000 on coats for them and the stablemen.
Hertfordshire Archives and Local Studies, Ref: D/ENa A44 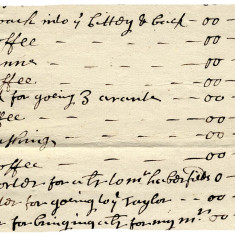 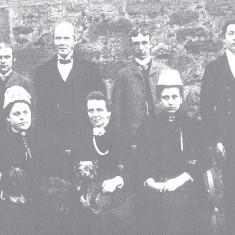 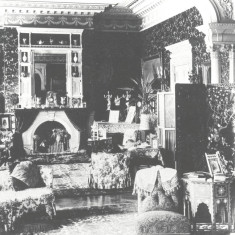 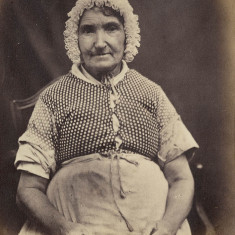 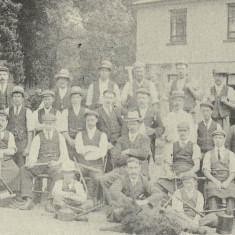 Gardeners at Porters, Shenley, 1900
The Book of Shenley

There was a strict hierarchy among servants in large houses with each knowing their place. By the 19th century, they could generally be divided into “the upper ten and lower five”. The reasons for the numbers have faded as there was neither ten of on or five of the other. Senior servants had their own private offices. There were many jobs available in a large country house and with so many people living under one roof, things were rarely dull.

In great country houses the Steward was more important than the butler and was responsible for the hiring of male servants and keeping accounts.

The Groom of the Chambers:

He was second to the steward and made sure reception rooms were presentable. He announced visitors and took their cards.

He came next and was in charge of wine, silver and the footmen. He would also serve meals.

William Hurrell celebrated his 100th birthday in 2006. For 35 years he was Butler to the Buxton family at the manor of Groves in High Wych: “Every butler hears things that are very private… what I heard I would forget about”. Herts and Essex Observer, 6th October 2006

The housekeeper was a female equivalent to the steward. She hired and fired female staff, was in charge of linen and china and kept accounts.

In larger houses, the cook was usually a man. Cooks in lesser households were either “professional cooks” or “plain cooks”, depending on experience. A professional cook did no cleaning and had ingredients prepared for them. The cook was the last member of the upper ten. French cooks were fashionable and many came to England after the revolution in the 18th century.

The lower five were more numerous and consisted of the rest of the household.

Diary of a Coachman

Account book of James Palmer, Head coachman to Earl and Lady Strafford at Wrotham Park, south Mimms, 1864-1883. James was born in Barnet in 1822 and is shown on the 1861-1881 census with his family. As well as recording where he took his employers, he mentions fellow servants: “Mrs Hobby the cook left… Mr Curlal the man cook come…”. In 1873, he noted that “Old Punch the Cart Horse got drowned”. (Photos of this document can be found in the gallery)

The First Footman was next in line to the Butler. His job was to assist the butler, accompany the lady of the house on a shopping expedition and to be tall and handsome. Their salaries were based on how tall they were rather than how well they did their work. The taller the man, the more money he got, plus tips. They were regarded as conspicuous symbols of wealth and wore elaborate livery; typically 18th century dress of braided coat, wig, breeches and tricorn hat. Other Footmen were required to turn their hand at anything, such as cleaning boots and carriages, paying tolls, trimming lamps and waiting at the table.

A charlady or sometimes charwoman was a cleaner. The term was used through the mid-20th Century. Unlike a maid or housekeeper, typically live-in positions, the charlady worked for weekly wages and usually came and went on a daily basis.

She was the lowest ranking female servant and was usually quite young. She did all the drudgery in the kitchen; scrubbing floors, pots and pans and polishing the range. The scullery maid was never allowed upstairs. In a house where no scullery maid was kept, this work fell to the kitchen maid. A full dinner for 18 people may well use 500 items of glass, china and cutlery.

She was the female equivalent of the footman. Upper housemaids had more pleasant jobs like dusting and making beds. They kept an eye over other house maids who would generally sweep, clean and polish. There were also specialist maids, such as laundry and still room, who laid the table and made the tea.

As well as the “indoor servants” there was often an army of “outdoor servants” such as the coachman, grooms and gardeners. A carriage was an important, if expensive status symbol and needed a large group of servants to care for horses and carriages.