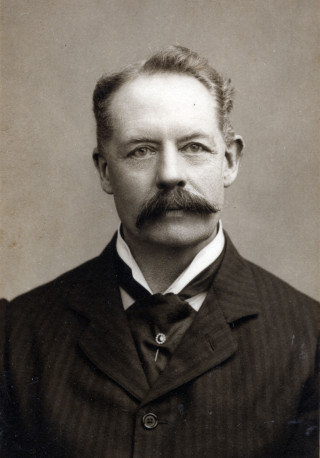 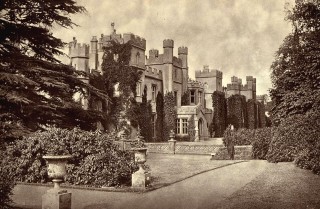 The moving spirit behind Britain’s offer to host the Games was the remarkable and charismatic Lord Desborough. Although born at Taplow Court, Buckinghamshire, his family is closely linked with the Panshanger estate near Welwyn through his marriage to Ethel Anne Priscilla Fane (Ettie to those closest to her). She inherited Panshanger in 1913 upon the death of her aunt, Countess Cowper.

The couple had three sons and two daughters. Tragically their eldest son, the poet Julian Grenfell, and their second son, William (Billy) Grenfell were both killed in action during WW1. Their third son, Ivo, died in 1926 following a car accident.

Lord Desborough had the unfortunate distinction of having his obituary mistakenly published in The Times on 2 December 1920, having being confused with Lord Bessborough. He actually lived to the age of 90 and died at Panshanger in 1945.

Lord Desborough was instrumental in getting the WhiteCity stadium built to Olympic specifications at no cost to the Olympic organisers, as the Franco-British Exhibition was already planned for the site. In return for a proportion of the gate receipts, the exhibition organisers provided a stadium at a cost of approximately £80,000.

A reputation for hospitality

Appeals for additional funds were made through the newspapers to enable the British Olympic Committee to maintain the British reputation for hospitality. Social functions were arranged to which all competitors and officials were to be invited, including a series of banquets and a ball.This ethos is summed up by the following quote from Lord Desborough – “As this country is the cradle of athletic sports, it is absolutely essential that the Olympic Games are carried out in a manner worthy of a great nation.”