The founder of the Ryder Cup 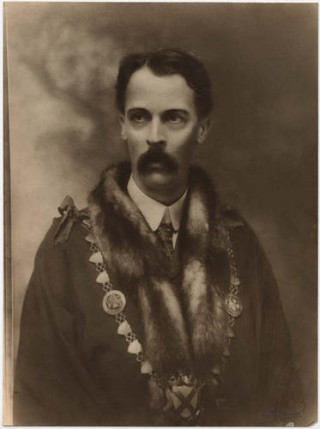 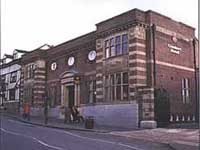 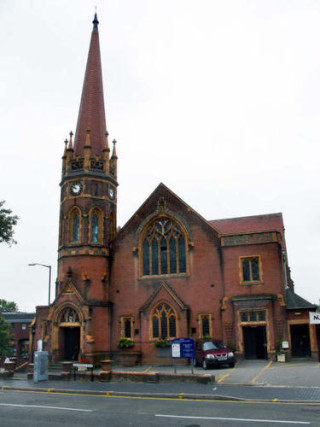 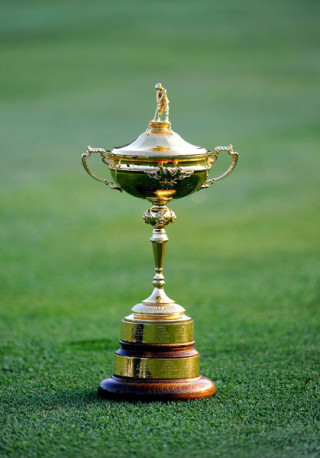 Samuel Ryder was born on March 24th 1858 at Walton-Le-Dale near Preston in Lancashire. His father, also Samuel, was a gardener and his mother, Elizabeth, was a dressmaker. Throughout his childhood Samuel seemed to be a rebel and there was friction between him and his father. Samuel had a brother by the name of James. When the time came they were both sent to Owen’s College in Manchester (now Manchester University) and although James completed the course, Sam did not.

When he left Owens College Sam got a job with a firm of shipping merchants in Manchester. Later, he was working in a factory in Derbyshire. He was thirty seven years of age when he arrived in St Albans in 1895. He apparently knew St Albans very well because he married a Hertfordshire girl.

The St Albans Almanac from 1897 shows him living in a small terraced house at the top of Folly Lane in St Albans near the junction with Union Lane (now Normandy Road). He began to sell packets of seeds. The couple would keep seeds in packets in a shed and produce a catalogue. They carried a large clothes basket full of correspondence, chiefly seed catalogues, down to the local Post Office on a Friday night. The catalogues would be in the hands of working men on the Saturday afternoon when they would be enjoying their half day holiday.

Within a few years the business grew rapidly and by 1903 Sam moved his seed business to 27 Holywell Hill (now The Comfort Hotel). This building was originally on the site of a very large coaching inn called “The Bull”. He employed up to ninety girls to pack the seeds. The speed with which his business grew was impressive.

After having been in the city eight ten years he was elected to the council in 1903 as a Liberal. And in the following year he was elected Mayor. In his first speech he refered to Local Government and the St Albans City Council in a manner not expected for a “new boy”. Many of his remarks were greeted with laughter. He said he was not satisfied with the Council’s financial situation. “We rejoice in a debt of £40,000 and our income is raised every year and mainly all spent or bespoken itself before we raise it so that we are in a sense debt collectors. It is humiliating”

‘I have great sympathy with the poor’

He then refered to the poor in a very patronising way.

“I have great sympathy with the poor. I have gone into the homes of some of these people. The poor people are much better people than we thought they were. I would challenge any gentleman to go down Sopwell Lane and call on house after house. He would be surprised at those simple little cottages. It is chiefly from those ranks that our soldiers and our sailors are recruited”.

He remained a councillor until 1916.

Samuel was a committed Christian and he joined the Spicer Street Independent Chapel in St Albans. This was the only Congregational Church in St Albans at the time. He assisted the minister Rev William Carson to persuade the church deacons to built a new, larger church, the Trinity, on the corner of Beaconsfield Road and Victoria Street. The new church opened on October 8th 1903.

After a period of ill health in 1908 Rev Frank Wheeler, a preacher at the Trinity church, suggested taking up an “outdoor sport such as golf”. Samuel took the advice and quickly secured a single figure handicap. He soon became captain of Verulam Golf Club.

By the time of the Great War Samuel and his family lived in a very large house in Upper Lattimore Road called Marlborough House (now Loreto College for Girls). Judging by the size of the house it seems that the business was obviously doing very well.

During the summer Samuel took his family on golfing holidays to Dorset. He became friends with the Whitcombe brothers Ernest, Charles and Reg. They were much better amateur golfers who spoke to Samuel about their tournament matches. Sam asked whether they had ever played in the Open Championship. Ernest replied “No we could not afford to. The Americans come over here smartly dressed and backed by their wealthy supporters The British have no chance compared to that”.

Samuel set about an idea to rouse amateur clubs to take a responsibilty in encouraging youngsters like the Whitcombe brothers to take up golf.

On the business side with the help of his brother James, who had also decided to move south, he built up a herbal merchants business called Heath & Heather. After leaving Owen’s College James had been a schoolmaster, mainly in London, He retired to study herbs and their medicinal value. This would have fitted in well with Sam’s business and he provided the capital. A start was made with a modest building in Albert Street almost next door to the seed business. Then when the herbal side was expanded the business moved eventually to a site near to the St Albans City Railway station.

Samuel decided to retire from the seed business in the mid 1920s. He left the the business in the hands of his daughter Joan. He moved into smaller premises called Stortford Lodge in Clarence Road as he concentrated on his golfing idea. He arranged for a series of challenge matches between British and American amateur golfers. He donated a trophy named as “The Ryder Cup” it was valued at 100 guineas. He attended the first two home tornaments in 1929 at Moortown and 1933 at Southport. He presented the cup to the first home captain George Duncan. The Ryder Cup was born.

He began to suffer poor health from mid 1935 on January 4th 1936 he died at the Langham Hotel in London. The funeral service was at the Trinity Church that he had helped to create. He is buried in Hatfield Road cemetery in St Albans. His daughter Joan continued to be in charge of his business affairs.