You are here: Home>Herts history>Places>Almshouses>Northchurch. St Mary's or Church Houses 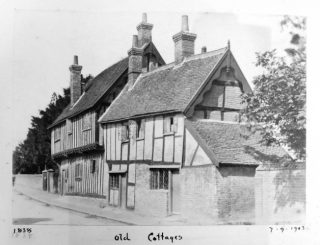 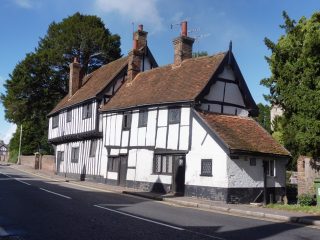 Northchurch almshouses, as seen from the south. The refurbishment plaque is on the lean-to. The church tower can just be seen on the right. Jun 2016
Colin Wilson 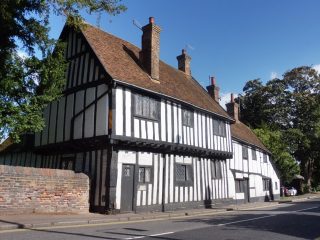 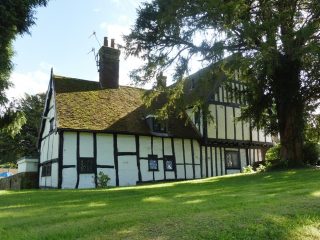 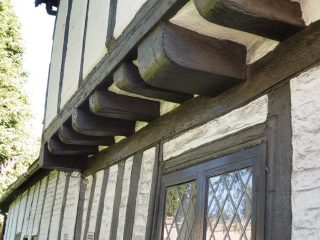 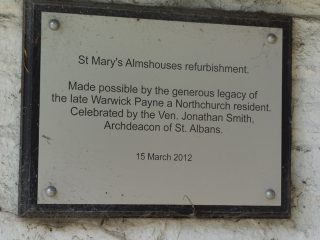 These buildings go back to the 15th or 16th centuries, in rough terms the days of Edward IV and V, Richard III and Henry VII. A later addition formed the churchyard wing. They were restored in 1966 and further refurbished in 2012. There are a few photos, often listing them as ‘old cottages’. Indeed they are not obviously almshouses; the only sign was a small metal plaque at the end. The occupants were aged poor; Cussans says they were widows.

Clutterbuck includes these almshouses under Berkhamsted. There are four tenements called the Church Houses, belonging to the parish, but it is not known who originally gave them. He also notes some endowments. Cussans does not mention these buildings.

According to Victoria County History most income was provided by land rents. Benefactors listed are Edmund Young in 1672, with gifts for the poor of £50 by Mary Daubney and of £5 by John Edlin. The 2012 refurbishment was funded by Warwick Payne, a Northchurch resident.

There is a Northchurch United Charities ref 207010, registered in 1962. It includes the John Edlyn charity. The Charity Commission website notes the charity is for general poor use, and does not own land or property. The almshouses are associated with the Almshouse Association.

The buildings were listed as grade II* by Historic England 1950, ref 1078147. In that respect they are architecturally the most important of Hertfordshire’s almshouses. The two-storey timber-framed buildings could easily be used as a jigsaw puzzle design. Another photograph dated 1908, from the E. Needham & Co collection can be found in Sturgess’ book. It shows the almshouses were opposite the George and Dragon Motor Garage. There are people walking along the street – that would be risky nowadays, to say the least.

The only document found so far at HALS is an insurance document dating from 1964. There may be other references in the St Mary’s parish vestry minutes, but it would take a very long time to read through 450 years of records.

Like many another almshouse, these buildings existed for over five centuries but rarely appear in the public record.

The History & Antiquities of the County of Hertford by Robert Clutterbuck
p322
Printed by and for John Bowyer Nichols, 25 Parliament Street, London, 1827

Getty Images
https://www.gettyimages.dk/detail/news-photo/church-cottages-northchurch-hertfordshire-it-is-believed-news-photo/896473604. This site suggests the almshouse was once the rectory, and calls them Church Cottages. The image is dated 1943.