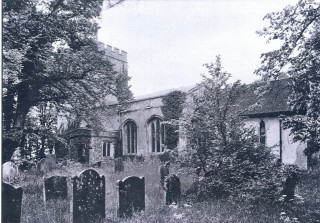 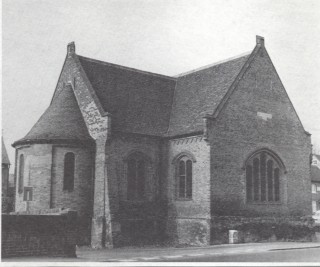 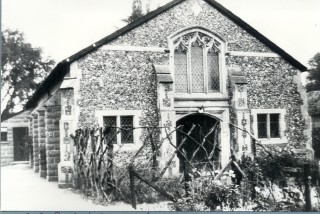 In the Domesday Book, the area that’s now Buntingford was part of the parish of Layston, and the parish church until the 20th century was St Bartholomew’s, Layston.

By the end of the mediaeval period, however, Layston had been eclipsed by Buntingford, with its ideal position on the London to Cambridge road.  A chapel of ease was built in the town in 1614, a rare example of church building at the time.  Built in brick (it’s supposed to be the earliest purpose-built brick church in England) it reflected the puritan ethic of the time, with a small chancel designed for Holy Communion, not for Mass.

Dedicated to St Peter, the church was extended in the late 19th century, and it was made the parish church of the new Parish of Buntingford in 1900.

Christ Church, in Baldock Road, was built in 1819, replacing an earlier meeting house that had been destroyed by fire in the same year.  In 1881, it joined the Congregational Union of England and Wales, and in 1972 became part of the United Reformed Church.

The Roman Catholic church, dedicated to St Richard of Chichester, was built in the early 20th century in a modern Gothic style, designed by Arthur Young.  The original building, also known as the Benson Memorial Church, was opened in 1915, but, after a series of extensions, it was rededicated in 1940.