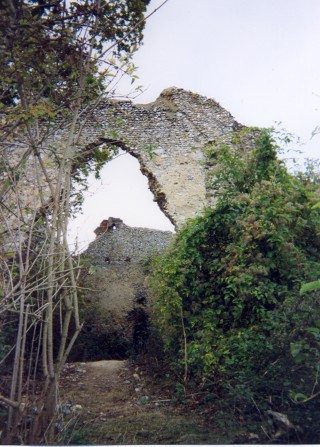 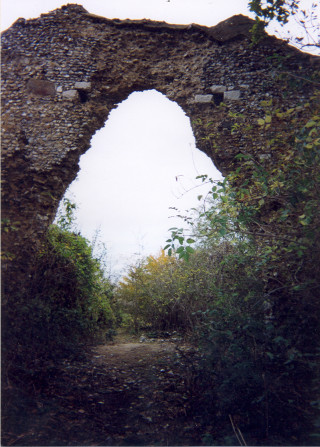 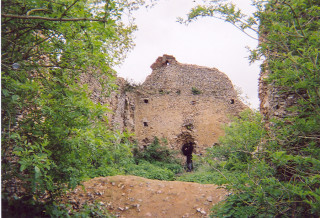 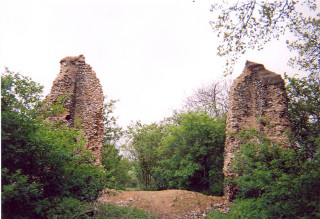 I first visited Minsden Chapel, Hitchin, on the eve of Halloween 2001.

The full moon that night lit the fields but we could not find the chapel and had to return the following morning. No sound of any ghostly toiling bells at midnight either, although there were plenty of pigeons and pheasants to spook us!

The chapel was hidden within a copse of trees at the top of the hill. I have visited plenty of ruins but this one is certainly atmospheric.

The ashes of the Local Historian, Reginald Hines are here (“furthermore, if, as is possible, I am buried here, I will endeavor in all ghostly ways to protect and haunt itshallowed walls” The History of Reginald Hine, Vol II p. 38.)

By 1690, Minsden was a ruin but had become a fashionable place for a romantic wedding.

Minsden Chapel was last used for marriages in 1738 when a piece of masonry fell during a service.

An old hanging post has been used as a crossbeam in the nearby pub.

In June 2010, I overheard that one of the archways had fallen so I returned to investigate.

The top of the archway has collapsed and there is a pile of masonry on the floor of the chapel.

The pub at the bottom of the hill has also changed beyond recognition and has become a bistro pub with a small shop selling local produce.