You are here: Home>Herts history>Places>Churches and places of worship>The Chapel of St. Mary at St. Margaret's

The Chapel of St. Mary at St. Margaret's 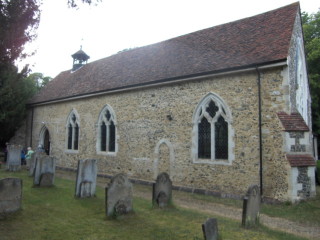 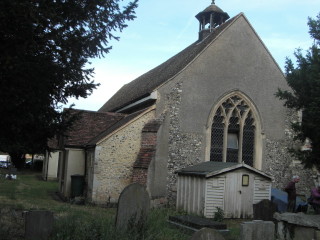 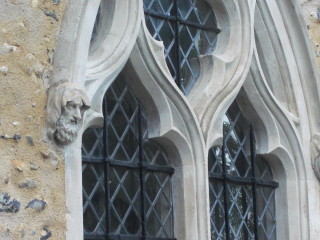 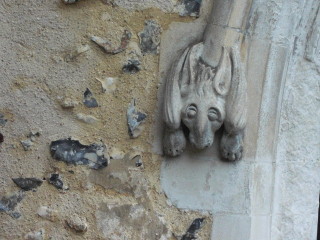 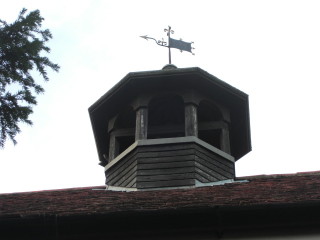 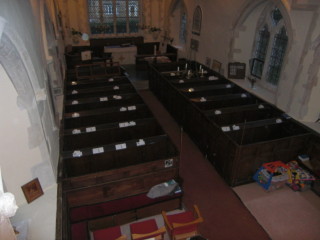 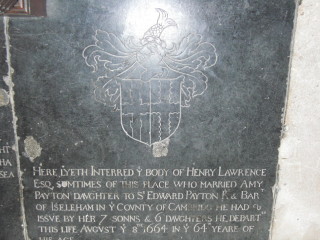 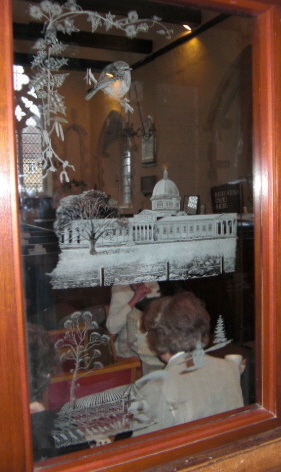 One of the engraved panels 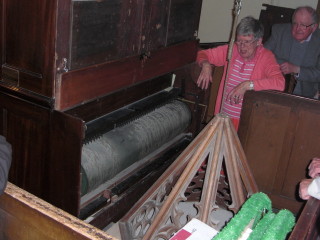 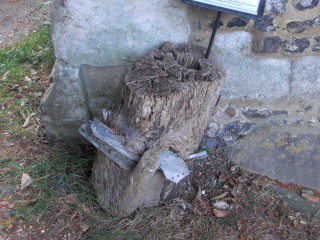 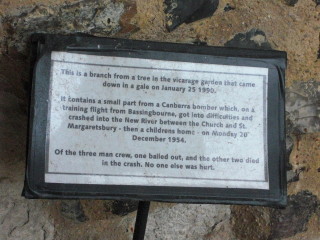 The full title of the church is ‘The Chapel of the Blessed Virgin Mary at Margaret’s Teale’. Teale was the original name of the parish and manor, and probably means ‘island’ as the area was an island, called ‘The Isle’, between tributaries of the River Lea. In the 12th Century the area was drained and a bridge, ‘Pons Tegula’ or ‘Bridge of Teale’, was built over the river. The bridge became an important crossing point to Stansted and the county of Essex.

A church on this site is mentioned in the late 11th Century, and parts of this structure remain.

Neither St. Margaret’s nor Teale are mentioned in the Doomsday Book but it was a parish by the 13th Century. The parish was in the manor of Hailey. The Lord of Hailey, Roger de Burun, seems to have built a new manor and church at St. Margaret’s so that he could live there and thus not have to pay a tithe to Great Amwell.

Roger de Burun gave the church and some lands to St. Albans Abbey in 1271.

The church has been, at various times, a college for celebrating mass, the responsibility of the Hospital (or Priory) at Elsing Spittle in London and a church living.

Col. Henry Lawrence, president of the Council of State in Cromwell’s Parliament, and representative for Hertfordshire in Parliament is buried in the chancel, beneath the altar along with his son and three daughters. The Col. had escaped being put to death on the restoration of the monarchy in 1660 because he had voted against the execution of Charles I.

The Memorial Screen erected in 1985 has panles engraved by the late Arthur Swallow.

The organ, originally a concert organ, was converted to have barrels around 1851. It is the only Allen barrel organ to survive with its original mechanism.

This information is taken from a booklet written by Paul Simmonds in 1992 and updated by Ruth Swallow in May 2010. It is available from the church.