You are here: Home>Herts history>Places>Farms>Women, Food and Farming in WW1

Women, Food and Farming in WW1 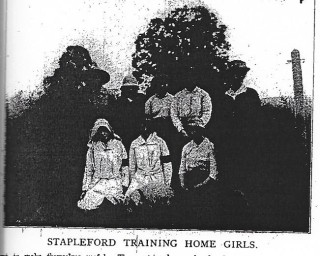 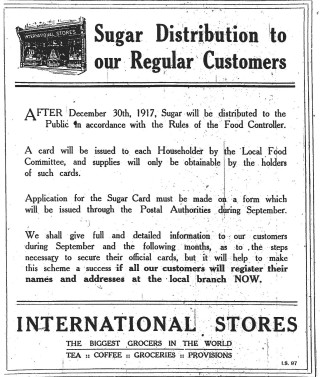 One of their minute books is held at HALS (HALS/AEC/8) and provides a fascinating picture of the problems they faced in furthering the objective of replacing male farm workers with women so that the men could be released to fight.

Colonel and the Hon Mrs Abel Smith had given a furnished house in Stapleford to be used as a training centre for younger girls in farm work, under supervision of a Forewoman*.  A report in July 1916 after a month’s operation noted that most of the girls had done well but “some of the girls have been sufficiently troublesome in their behaviour to make one feel that our Committee has been fully justified in insisting that most girls under 18 years need a good deal of supervision”.

However the real problem was in placement.  The same meeting recorded that “there were a great many young men who were being kept back whose place could perfectly well be taken by women”.  The following month, Mrs Abel Smith reported that she had been made a member of the Appeal Tribunal.  She had attended one meeting at which several appeals by nursery men at Waltham Cross and Cheshunt had come up, but no agricultural cases. This was probably because farmers had no difficulty in getting exemption from their local tribunal.

It was decided that it would be useful to get local papers to take articles with photographs relating to women’s work on the land.  The Hertfordshire Mercury published some positive articles but  prejudice remained.  The Committee noted that one girl was under notice to leave although her work gave satisfaction, “owing to the dislike of the men on the farm to working with a woman!”.

This continued to be a problem.  In June 1917 the Committee wrote to the War Agricultural Committee about the difficulty in placing trained girls on farms.  Many farmers preferred to under farm than resort to female labour.  Other reasons were:

*  The ease with which exemptions were being granted by tribunals,

*  The comparative ease with which boys under school age could be obtained, and

*  The ease with which soldiers could be obtained.  In 2 cases, requests for female labour were countermanded at the last minute in consequence of soldiers being supplied in their places.

A more positive note was struck the following month with the demonstration of women’s work on the land at Whitehall, Bishop’s Stortford.  At the prize giving, Lady Salisbury spoke of the value and importance of work done by women and read a telegram from the Queen expressing her regret at not being able to be present.

The Women’s Institute celebrated its centenary this year and preserving fruit was an essential during the war.  At Buntingford, for example, there was a  demonstration on vegetable and fruit bottling at the end of June 1918.  The Hertfordshire Mercury noted that it was well attended and the lecturer had undoubtedly “rendered aid on an important subject” but blight meant that the prospects for fruit were not good.  This did not prove to be a problem as the 5 October 1918 edition reported that the Welwyn Food Control Committee had collected over 1047 pounds of blackberries.  Picking involved women and children and even provided a reason to be let off school.  The Log Book of Hertford British School noted that the senior girls went black-berrying every Friday afternoon during September 1918. (HALS/Hed1/196/1).