A little corner of history

The delights of Shaw's Corner 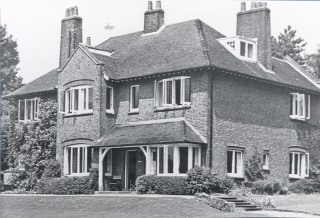 In the small village of Ayot St. Lawrence, there is a big house. A landmark which grants this village fame and tourism. It is popularly known today as Shaw’s Corner. George Bernard Shaw (1856-1950) lived there from 1906 until his death, eventually purchasing it and its land (extended at the same time to cover 1.4 hectares) in 1920 for £6,220.

The magnificent, Edwardian Arts and Crafts-influenced house is now a National Trust property, and is open to the public. Visitors can see the splendid gardens, Shaw’s study (amongst many other rooms, still much as Shaw left them), and, perhaps most interesting of all, his writing hut. At 64 square feet, it was tiny, but was nevertheless where Shaw wrote many major works, including one of his most celebrated plays, Pygmalion. The hut was home-built on a central steel-pole frame, and curiously revolved on a circular track so that it could follow the arc of the sun’s light during the day. Shaw named the little hut ‘London’, so that when he was writing in it and did not wish to be disturbed, unwanted callers could be told that he was away visiting the capital.

In addition to the marvellous and exceptional writing hut which saw the creation of so many great works of fiction by the Irish wit, the myriad interesting features and rooms of this beautiful house make it unique, historic, fascinating, and a fantastic place to visit.