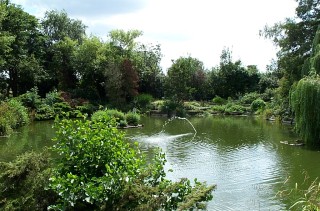 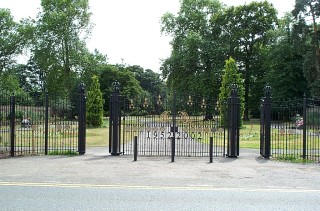 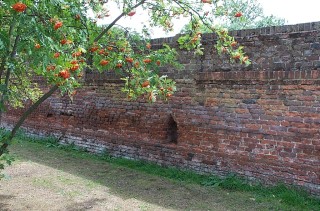 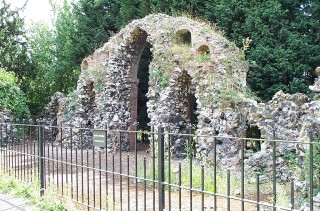 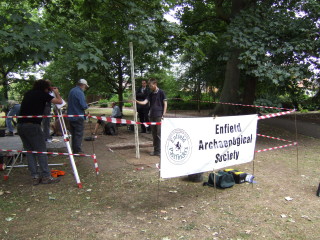 This fantastic park is on the site of the former Palace of Theobalds, owned by King James I and the birthplace of King Charles I.

Steeped in history the Palace boasted many famous connections including Queen Elizabeth I who visited Theobalds many times during her reign as the guest of William Cecil, Lord Burghley.  King James persuaded Lord Burghley to swap Theobalds for the royal estate of Hatfield, which includes the famous Hatfield House.

There are some portions of the red brick garden wall enclosure still to be seen in Theobalds Lane near Cedars Park, however, one of the stones rescued from part of the original Palace wall enclosure, most of which was demolished in the 1950s, is now on display in Cedars Park (re-positioned on the wall of the entrance to the ‘Pet’s Corner’).

In 1919 Admiral Sir Hedworth Meux, the then owner of the Theobalds Park Estate gave the park to the people of Cheshunt.

The park offers something for everyone including a scheduled ancient monument, 18th century domed summerhouses, woodland walks, formal gardens, ponds, pets’ corner, an arboretum and a conservation area.  New gates to commemorate the Golden Jubilee of Queen Elizabeth II were added to the entrance in 2002, these contain a time-line of historical events at Cedars Park.  There are many exciting changes scheduled and soon to be added is a natural play area, Turf Maze, Bocce Court and a Willow Tunnel.

A Park Manager now lives on the site and there is a tea room which is open during the summer months, with many events being held throughout the year ranging from archaeological digs and Teddy Bears Picnics to art workshops and ‘Health Walks’.

For details of forthcoming events and new developments at the park check out the web-site: http://www.cedarspark.info/

Cedars has been a part of my life for as long as I can remember and my family and I have spent many happy hours there over the years.  In an ever-changing local environment the essence of the park has not altered and it’s wonderful to see so much money and time being invested in this valuable local space for the pleasure of generations to come.