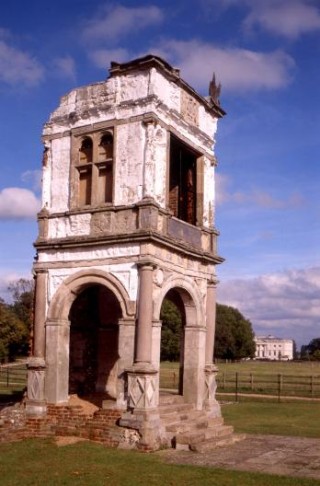 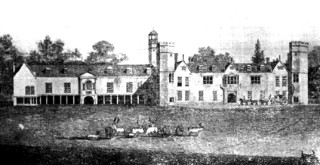 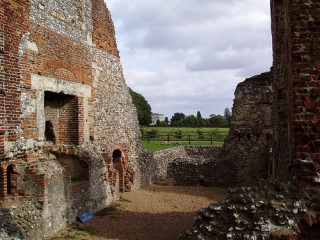 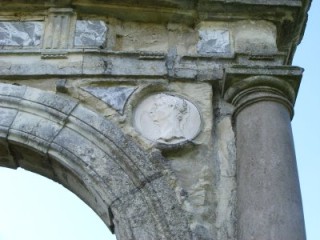 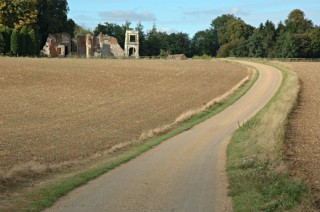 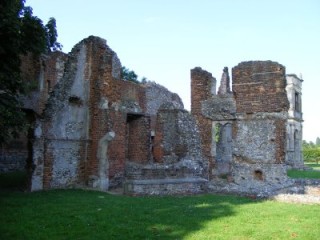 The remains of a once immense mansion built in 1563-8 by Sir Nicholas Bacon, Queen Elizabeth’s Lord Keeper, and twice visited by the Queen. Its extravagantly shows the two-storey porch, with parts of the hall, chapel and clock-tower which still survived. In 1563 – 68 Sir Nicholas built a new house at Gorhambury and it became the home of his younger son, the philosopher and politician, Francis Bacon (whose monument can be seen in the parish church of St Michael nearby).

A visit from Queen Elizabeth I

Queen Elizabeth visited in 1572 and 1577, putting her host to great expense. In consideration of the hospitality she gave Sir Nicholas her portrait.

The name ‘Gorham-bury’ derives from ‘Geoffrey de Gorham’ who built the first recorded place of residence in 1130 on the site. This unusually large manor house was passed through multiple hands during the next 250 years, finally falling into the hands of the Abbey of St. Albans for over 140 years. The house gives a clear example of a tudor house built in the 16th century, and is a great foundation and a large attraction to many individuals.