A great benefactor of Hertford 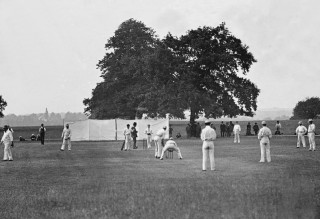 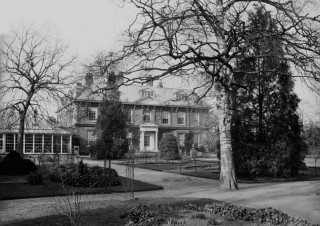 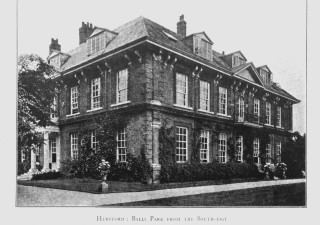 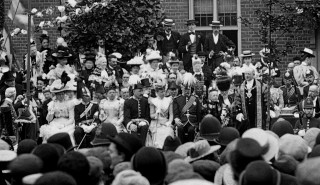 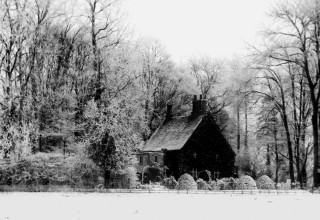 Balls Park in the Snow
Hertfordshire Archives and Local Studies 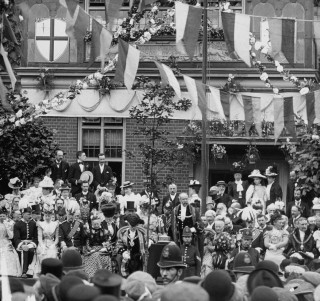 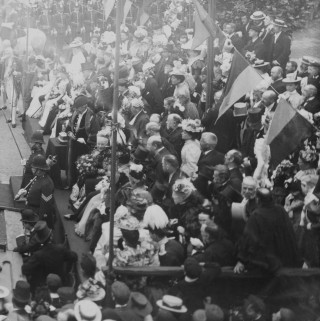 Looking at old photographs and magic lantern slides of the late 19th century, I became fascinated by the frequent sight of this gentleman, who was obviously a dignitary held in considerable esteem by the people of Hertford. I learned that, born in 1840, he was the second son of a wealthy Jewish City merchant – Sir Benjamin Samuel Phillips. After an education at University College School he completed his studies in Berlin and Paris, later entering the family business.

Although attaining numerous high offices in the Capital – Sheriff of London and Middlesex (1884-85), High Sheriff of the County of London (1895) and the City of London’s second Jewish Lord Mayor in 1896  (Queen Victoria’s jubilee year) to name but a few, Sir George was best known to the people of Hertford as a magistrate for 26 years and as its Member of Parliament.

Sir George came to Hertford as a Liberal, then becoming a Unionist, and later a Conservative & Unionist, living at Balls Park and purchasing the estate in 1889. The grounds of Balls Park are understood to have featured regularly as a venue for garden fetes and shows, reflecting Sir George’s keen support of the Hertford Horticultural Society and other local organisations.

His death, in 1922, provoked such an outpouring of grief and tributes that it was impossible to ignore the great contribution which Sir George had made to the locality of Hertford during his lifetime, and at so many levels.

He was instrumental in the starting of the Hertford Steam Laundry Company, providing much needed work for women and girls of the locality, he was Chairman of the Old Age Pensioners’ Association, a keen supporter of the Public Library, Vice President of the Working Men’s Club, and was deeply interested in Hertford County Hospital.

One entry in his many obituaries which seemed particularly moving, through 21st century eyes, was reference to Sir George’s interest in the Hertford Workhouse. It went on to mention that each year he would be seen attending to present individual gifts to the inmates at Christmas time.

Sir George died, a Freeman of the Borough of Hertford, on 28th December 1922 and, after a funeral service at All Saints Church, he was interred according to Jewish rite, on a family plot at Hertford Cemetery.