The Lytton family in Woolmer Green 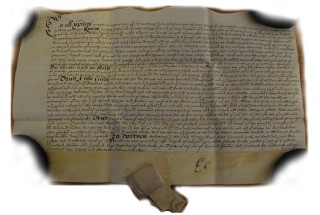 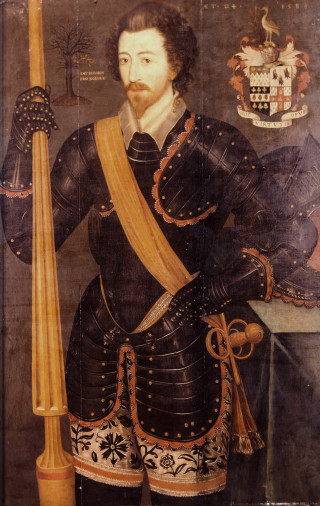 This document is an early 17th century release of land by Mr Henry Biggs, a Yeoman of Huntingdon, to Sir Rowland Lytton, the Lord of Knebworth Estate.

The legal release of land meant that Bigg relinquished any rights or claim to the property and the lands of Woolmer Green and the Lytton family became the legally recognized owners.

in 1597 Sir Rowland Lytton had sold the family manor of Litton (or Lytton) in Derbyshire and moved to Knebworth. This legal document is one of several in the Hertfordshire Archives that show Lytton’s acquisition of land around the area at the end of the 16th Century. It is likely he was purchasing this land with the intention of building up his estate after selling his family’s old manor.

Although documentation on Woolmer Green’s early history is sparse any documents that do survive show it was a small village made up of a few farm buildings and segments of rural farmland home to tenant farmers.

The document gives the name of one of these tenant farmers living in Woolmer Green at the time, Edward Michaell, and his signature can be seen at the bottom of the document.
The release of land shows it was mostly a number of fields and rural crofts with land set aside for grazing by pigs. Only a very small number of houses are mentioned and the village seems more akin to a hamlet in size.

A similar document describing the sale of land from Henry Bigge to Lord Lytton in 1596 is the earliest recorded use of the name ‘Woolmer Green’ to describe the village a distinct location.

In most cases because Woolmer Green was part of the Parish of Welwyn all matters relating to the village were recorded under the name Welwyn instead.

Rowland was Lord Lieutenant of Essex and Hertfordshire and as a knight had commanded forces of these two counties at Tilbury in 1588 as British forces prepared to fight the invading Spanish Armada. (Although these forces did not face battle as the Spanish invasion fleet never reached British shores.)

Rowland was both a powerful and notable character in the local area as Captain of the Band of Gentlemen Pensioners and as Sheriff of Hertfordshire under the reign of Elizabeth I in 1594.
The role of Sheriff is chosen annually by the Queen in meeting with the privy council. This position shows the status and power Lytton would have held in the local area.

As Sheriff he acted as governor of the county holding both civil and military power. He would have been responsible for defense, public safety, prisons, taxation and local administration.

A fantastic pair of original portraits of Sir Rowland and his wife can still be seen hanging in Banqueting Hall Knebworth House today.