The Royal Borough of Broxbourne? 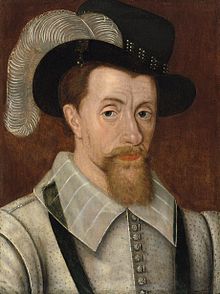 Could we soon be living in the Royal Borough of Broxbourne? It seems a bit far-fetched at first glance, but the borough is officially applying for royal borough status, to mark its Year of Heritage in 2015.

The borough has had several brushes with royalty through history, but it’s Theobalds Palace, which stood on what’s now the border between Cheshunt and Waltham Cross, which provides the strongest link. As explained in this article, Theobalds was built by Sir William Cecil, later Lord Burleigh, as a residence near London. He was secretary of state to Elizabeth I, and the Queen so loved the place that she visited him there fifteen times, prompting Burleigh to expand the original, more modest house into a place fit for a queen.

After Burleigh’s death, his son Sir Robert Cecil, later 1st Earl of Salisbury, inherited Theobalds, as well as continuing his father’s work in government under both Elizabeth and James I. James also fell in love with Theobalds, so much so that he persuaded Cecil to swap it for the royal residence of Hatfield House, which Cecil rebuilt in a similar style.

Theobalds was one of James’s favourite palaces, and he held court there many times, eventually dying there in 1625. His son Charles I didn’t use it quite as much, but it remained an important royal palace, until it was demolished under the Commonwealth. Ironically, by the late 18th century, the manor of Theobalds had passed to one Sir Oliver Cromwell, a direct descendent of the Lord Protector who’d defeated Charles.

Theobalds Palace is long gone, but the Borough of Broxbourne’s website features a reconstructed virtual tour of the place as it would have been when Burleigh was entertaining Elizabeth and James was holding court there.

Will Broxbourne achieve its royal borough status? Only time will tell, but the royal connection is certainly a strong and historically important one. Watch out for news.