35% of the population dead 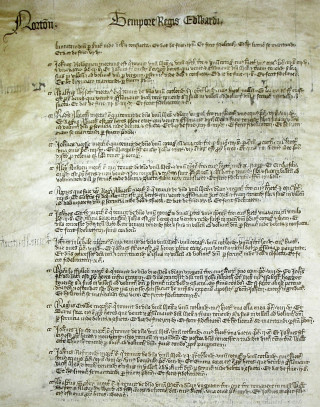 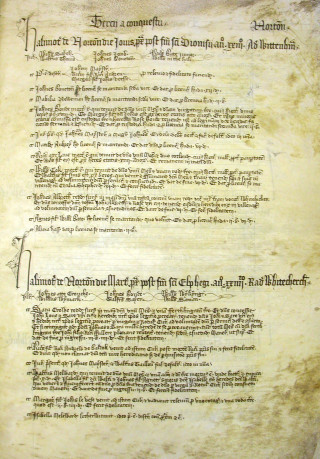 Even small country parishes such as Norton did not escape the ravages of the Black Death.  Sixteen tenants are reported to have died (mortuus est) on these pages alone.  It has been estimated that Norton lost at least 35% of its population (Ada Levett).  The manorial court continued to admit new tenants to take over the vacant properties and allow widows to marry.

See the second entry on the top page relating to John Neweman who has died holding a messuage and a cottage.  It is possible that the Mabil Neweman (second entry on the bottom page) is his widow seeking the permission of the court to marry again.