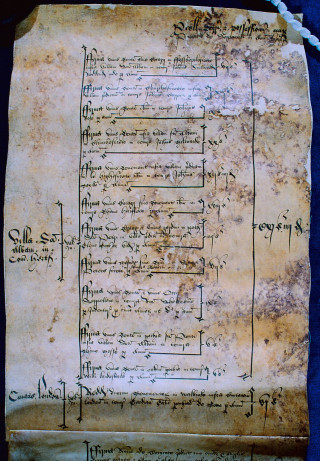 Saw to the tilling of the land and care of the livestock.  He would be responsible for buying and selling livestock and the produce of the manor for the best profit which he then passed to his lord.

He was above the reeve and was often in charge of more than one manor or a proportion of a large estate.

He was in charge of the whole estate and would tour the manors regularly checking on the reeve and bailiff and inspecting their accounts.  He was the chief officer in the manorial court.  By the seventeenth century the steward was solely responsible for holding the manorial court and this office was often held by a local solicitor who may look after the records of many manors.

Guarded the corn in the fields and presented any trespassers to the manorial court.