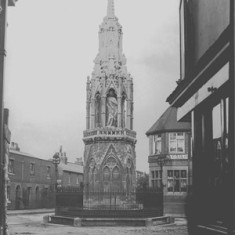 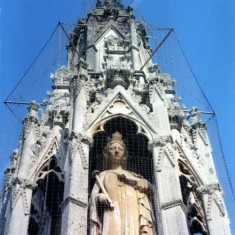 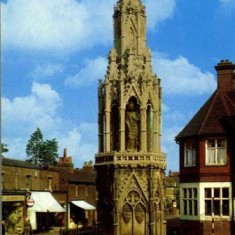 The Eleanor Cross is one of twelve, which were built in memory of Queen Eleanor, who died in 1291. A cross was erected on every stopping place of her funeral procession on its way to London by her husband King Edward I.

Temple bar, which was one of the gates to the City of London, was erected as a gateway to Theobalds Park in 1888 by Sir Henry Meux. His wife Lady Valerie Susie Meux was an eccentric, who kept wild animals, including a Lion, in the grounds of Theobalds.  James I had been a regular visitor to Theobalds and loved the house so much that he exchanged Hatfield House for Theobalds with the Earl of Salisbury.