Servant to the 5th Earl of Essex 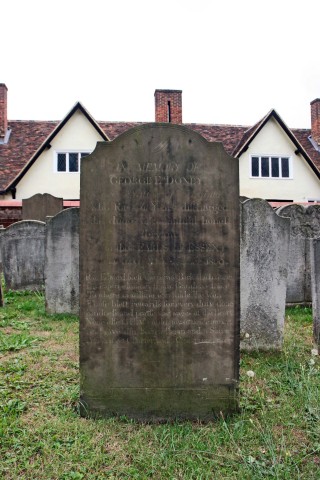 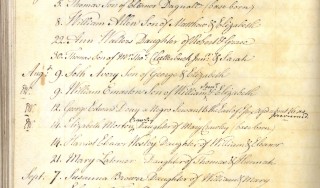 George, known as Edward, worked for 44 years for the 5th Earl of Essex. The inscription on his gravestone reveals that he was captured from Gambia as a child and sold into slavery.

Kindness and praise, the wages of the heart;
None else to him could joy or pride impart,
And gave him, born a pagan and a slave,
A freeman’s charter and a Christian’s grave.

George is first mentioned in the Watford baptisms register on 1st August 1774: ‘George Edward Dony, a negro servant to the Earl of Essex, age about 16 as presumed’. Like many of the black servants found in burial registers, he was baptised during his teenage years.

When George died in 1809, the entry in the Watford burial register states that he was a widower, but so far no information has been discovered about his wife. Unusually, an obituary to George was published in The Gentleman’s Magazine, which was a rare honour for a servant.

George was not the only black servant to appear in the Watford baptism registers. In 1727, Charles, a servant to the Duchess of Bedford was baptised at Cashiobury. Three years later, on 9th June 1730, Othello, another of the Earl of Essex’s servants was baptised on the same day as the Earl’s daughter, Lady Anne.