The Memorial was finally unveiled on Sunday, 6th November 1921 by the Mayor, Alderman J. Burnett Smith. The proceedings which started at 3pm, had begun by the singing of the hymn “Oh God our Help in Ages Past” and after the unveiling the Last Post was sounded by buglers of Hertford Grammar School Officer Training Corp. The Archdeacon of St. Albans read the dedicatory prayers which was followed by a prayer from H.R. Cripps, the Baptist Minister.

Afterwards scores of floral tributes were laid by relatives of the fallen.  A wreath in the form of a floral, open book was sent from the employees of Steven Austin & Sons inscribed with the words

“In remembrance of our fallen comrades – Pro Patria.”

You can visit the Hertford War Memorial in Parliament Square, Hertford 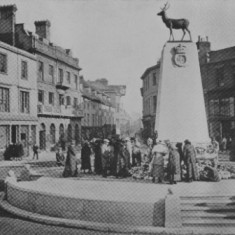 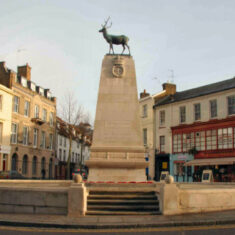