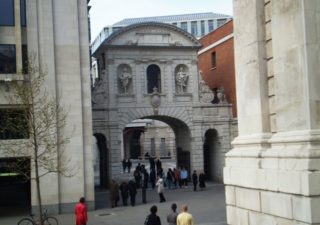 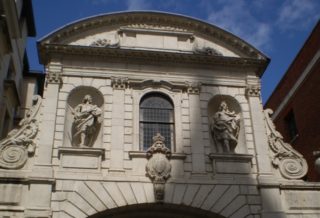 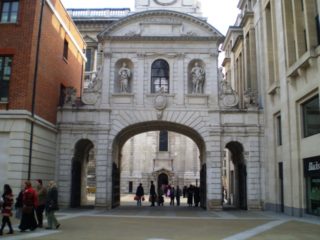 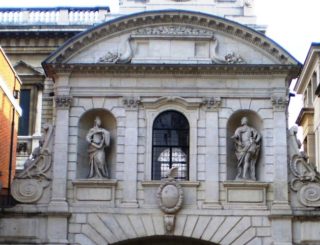 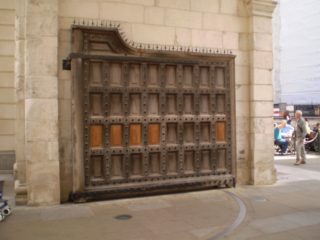 One of the gates at Temple Bar. Aug 2010
Colin Wilson

I well remember seeing Temple Bar in the late 1980s, soon after moving to Cheshunt. It was then looking very sorry for itself, among trees not far from the Great Cambridge Road.

However, it was moved back to London, the reconstruction being completed by 2004. You’ll find it if you stand on the steps to the west door of St Paul’s Cathedral, looking towards the cathedral, and turn your head to the left. It has been very cleverly inserted between the buildings and looks as if it’s always been there.

There is an information plaque nearby. Looking at it does raise questions about the figures. Those now on the monument do not look the same as on the illustrations, and an image stored at HALS has no figures in the niches.

A marker in front of the Royal Courts of Justice denotes the original site of the Temple Bar. Probably designed by no less a person than Sir Christopher Wren, it is the only survivor of the eight gates to the City.