Recent additions to Hertfordshire Names Online come from the Minute Books of the Monthly Meetings of the Friends in Hertford and Hitchin.[1] 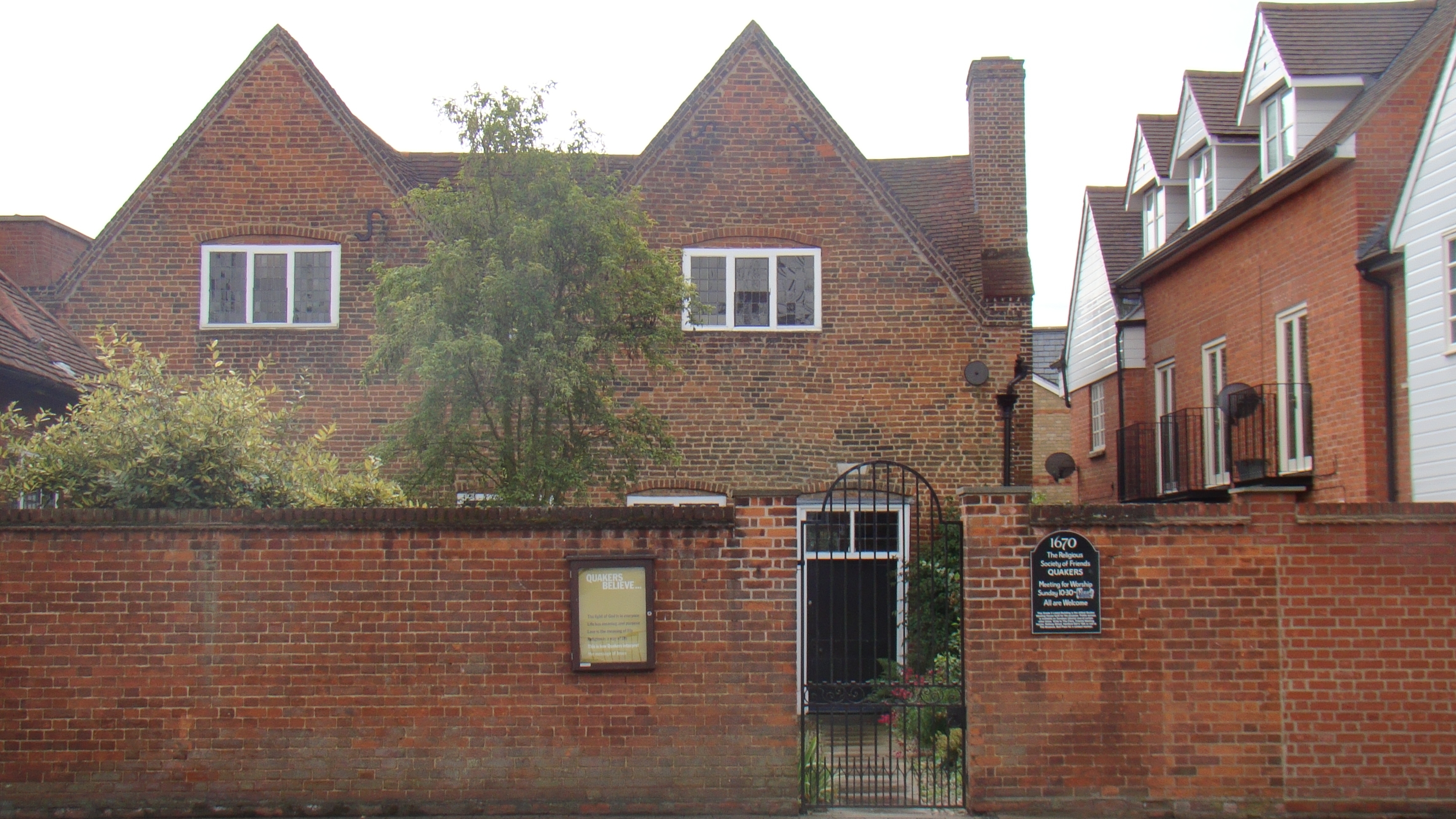 The famous Hertford Meeting House; the oldest of its kind in the world

These books record the names of the Quakers who refused to recognise certain taxes, notably tithes and Church rent (raised to repair churches and maintain services) and conscription to the militia.

(The latter was not unique to the Quakers.  John Carrington, for example, noted in his diary for Tuesday 5 July:

Besides the names of the Quakers, the minute books also record the names of the Claimant (sometimes with additional information on whether this be the vicar, rector or churchwarden), the constable who seized the goods and those who signed the warrant.

The goods seized sometimes give an indication of the occupation of the “sufferer”.  John Thompson, described in the Trade Directory as a “Woollendraper and Clothier” had 24 pairs of cotton trousers, value £3. 12s. 0d., seized; John Whiting and son, the Fellmongers had a sheepskin confiscated and the grocer, Thomas Latchmore, cheese and candles.  The record also gives an indication of the prices at the time as the value of the goods seized was meticulously recorded and where the goods seized were of a higher value than the “tax”, money was returned.  In 1848, Margaret Lucas’s penalty was 20 hundredweight of coals at a value of £1. 8s. 4d., but 4 shillings and 4d were returned.

All this sounds very antagonistic.  However, all Christians had a common purpose and worked together on a good cause.  Taking the year 1818 as an example, the minutes of the  Baldock and Hitchin Monthly meeting noted that the Hitchin “sufferers” included Oswald Foster, Elizabeth Wheeler, Benjamin Tatham, John and Joshua Ransom and William Lucas.  Joseph M Pierson, a Churchwarden, was one of the Claimants.  These names are repeated in another context.  In September that year a meeting took place in Hitchin with the Reverend J W Niblock in the Chair.[3]

It was agreed that:

A committee shall be annually appointed for the management of the school to consist of 24 ladies, half of whom, it is desirable, should be members of the Church of England and the other half members of other denominations of Christians“.

Mrs Niblock was one of the members of the Committee as were Mrs Pierson and Ann Bradley.  The latter was celebrated as a founder and stalwart of the Baptist Sabbath School in Tilehouse Street, Hitchin.[4]  Also on the management committee were the Quakers, Mrs Ann Lucas, Miss Martha Tatham, Miss Elizabeth Wheeler, Mrs and Miss Ransom.

Their reasons for working together were recorded in the Committee’s second report:

“The school continues harmoniously to combine the children of Churchmen and Dissenters, and in the reasonable hope that those, who, in youth, have been brought up in unity and fellowship, will in future life walk in peace and love one with another; the want of which is a great reproach to all who call themselves Christians.  Of the former denomination there are 55 of the latter 25.”[5]