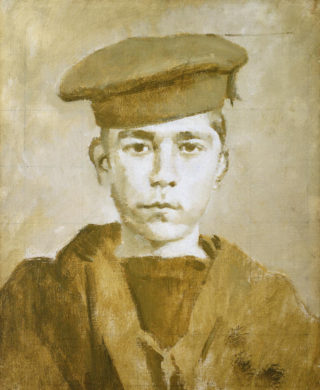 Remembering the Battle of Jutland

Children were frequently reminded of the war by calls upon their pocket money. The log book for the East Barnet Board school, Victoria Road (HALS/H Ed1/11/1) noted,

In May, the following year, the pupils “contributed £1 to the Overseas Club towards parcels being sent to prisoners in Germany” and on 13 July £2 .5s. 6d. was raised “to buy food for the hungry Belgian children in Belgium”.  In November, “the girls contributed well to the Russian Hospital at Petrograd”.

The Red Cross and the Overseas Club were also the beneficiaries of fundraising at Bengeo School (HALS/HEd1/13/2). “21 October 1915. Miss Iris Smith and Miss Barclay with some wounded soldiers visited and sold flags on behalf of the Red Cross Society”.

“The children of this school have contributed 5s. 6d. to the Overseas Club for Christmas gifts for soldiers and sailors” with another collection for this cause a month later.

The Red Cross had a regular collection with its “Our Day” event held annually from 1915. The articles made by the boys at Ayot St Lawrence School (HALS H Ed1/81/1) were sold in the village in 1917 with the proceeds going to the “Our Day” fund.  The following year, the proceeds from the articles made went to the St Dunstan’s Blinded Soldiers fund.  It was noted that

“The children of this school have generously subscribed several times during the period of the war to YMCA Hertfordshire, the Overseas Tobacco Fund and our teachers and children also collected £3. 10s.11d. and 936 eggs for the National Egg collection for wounded soldiers and sailors”.

Many schools responded to the call for a memorial to Jack Cornwell.

Jack Cornwell was just 16 years old and a boy sailor on HMS Chester. He was mortally wounded at the Battle of Jutland on 31 May 1916.  In spite of his wounds, he remained at his post and  was posthumously awarded the Victoria Cross.

He had been buried in a pauper’s grave in Grimsby but there was a reinterment in his home cemetery at Manor Park. Photographs of the funeral were published in the Illustrated London News for 5 August 1916.[2]  The Times for 14 September 1916 reported on a meeting held at the Mansion House to inaugurate an appeal for funds for a national memorial to him which would take the form of cottage homes for infirm and disabled sailors.  Mr Frank Salisbury undertook to produce a portrait of Jack Cornwell and copies of this would be available, at cost price, to all schools contributing to the fund.

Given that records show that many Hertfordshire schools contributed, did any take up the opportunity to buy a portrait?

[1] Over 300 log books and more than 130 admission registers from Hertfordshire schools are available to view on “Find My Past”.  The records have been indexed by name of pupils, staff and visitors from 1870 – 1914.

[2] The Illustrated London News and the Times Digital Archive are available to search through the Hertfordshire Reference Library Online.