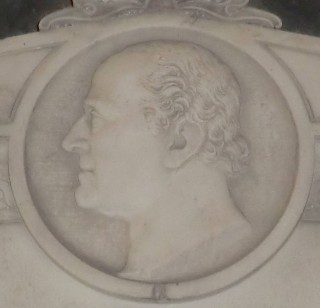 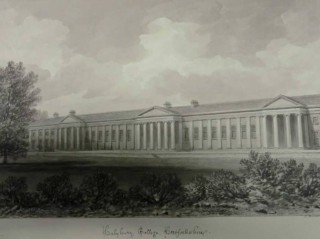 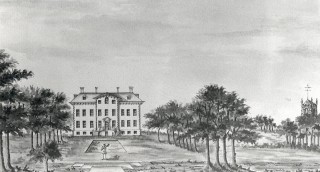 Coming across references in the Baker letters to this incident, I could not help but feel just a little sympathy with the miscreants as, so early in their student careers, they really could not possibly have picked upon a more inappropriate ‘victim’ for their wild behaviour.

Not only was William Baker extremely well connected, until recently a Member of Parliament and the holder of a commission in the local militia, but his late father had been a chairman of the East India Company.

From a letter dated 6th November 1809 to his son, William, in Messina, Sicily. “There has been a most scandalous riot at the new East India College, in consequence of which several will be expelled. I have not escaped in the general want of discipline and I have been under the necessity of proceeding against three of the students who have intruded upon our premises in a shameful manner, by shooting at pheasants and wounding others immediately under our garden wall. In the Birch Walk and the other plantations. Two of them were convited on Saturday last and will be obliged to pay a penalty of £20 each. Besides the tax which they have defrauded – the third having been sent home on the dispersion of the College in cosequence of the other more serious riots has not yet appeared, but will be had up in a few days and incur the same penalty. It is to be hoped that the new regulations which the Court of Directors will adopt will prevent this establishment from becoming a public nuiscence in the neighbourhood”.

And from another family letter dated 9th December 1809 “The Abbe invited me to dinner. The Abbe jokingly observed that the directors owe me something on account of the trespass at Hertingfordbury. There is some truth in this, and as I have received some thanks of their committee for the steps which I found it necessary to take in maintaining their discipline, at the same time that I was protecting myself from encroachment, I am in hopes that this may tell somehow in favour of my application.”

In another part of the same letter “Speaking of colleges, I must advert to that of Haileybury. After the expulsion of six, and some other reforms, it is hoped the discipline there may be restored, but it will require constant watching.”