An introduction to Hertfordshire's public art 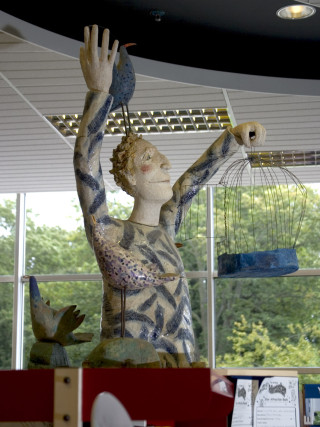 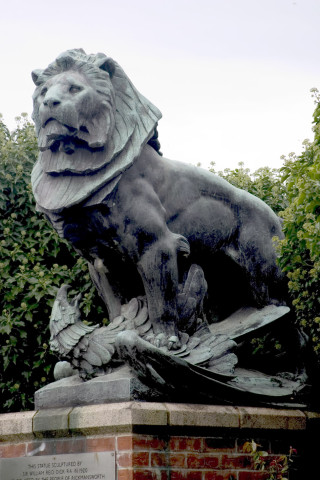 There are about 300 pieces of public art sited in all parts of the county but often people only know about the ones in their locality. It is well known that Hertfordshire was at the forefront of the Garden City, and New Town movements and is home to the world’s first garden city at Letchworth. These settlements offered the opportunities to create new community spaces in the form of shopping areas, parks, streets and squares. Along with the buildings in these new urban centres (which include Stevenage, Hemel Hempstead, Hatfield and Welwyn Garden City) they provided sites for public artworks. Although the towns are particularly rich in these artworks, some of our rural villages and smaller towns have noteworthy pieces as well.

Most items date from the 20th Century and are by a wide range of artists including Andy Goldsworthy, Henry Moore, Barbara Hepworth, Rowland Emett and Franta Belsky. Hertfordshire artists, many with national and international reputations, are also well represented. These include Diane Maclean, Jon Mills and John Farnham. Particular favourites of mine include the Urban Elephant outside Stevenage Museum, Jane Muir’s ‘Papageno’ in Bishop’s Stortford Library and I have to admit to slight soft spot for the lion which is part of the ‘Lion and Eagle’ bronze near the  council offices in Rickmansworth. The piece was part of the war memorial to the First World War and I suspect part of its charm is that it reminds me of the lions in Trafalgar Square which I loved as child.

Hertfordshire is also home to the Henry Moore Foundation. The 70-acre estate at Perry Green contains the home, studios, barns and galleries gifted to the Foundation by Henry Moore. Many of these buildings remain as they were in his lifetime. The spacious gardens and adjoining fields house an ever-changing exhibition of Moore’s monumental sculptures. Visits are by appointment only and more information on the Foundation can be found at Henry Moore Foundation or by phoning 01279 843333.