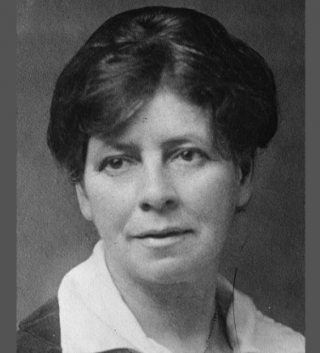 Lucy Elizabeth Kemp-Welch (20 June 1869 – 27 November 1958) was a British painter and teacher who specialized in painting working horses. She is best known for the paintings of horses in military service she produced during World War One and for her illustrations to the 1915 edition of Anna Sewell’s Black Beauty.

Based in Bushey and Watford, in 1914, Kemp-Welch was engaged by the British Parliamentary Recruiting Committee to paint the artwork for the famous army recruitment poster, Forward! Forward to Victory Enlist Now which she signed, ‘L.K.W 1914.’

During World War One women were employed at Army Remount Depots in training and preparing horses for military service. Kemp-Welch was commissioned by the Women’s Work Section of the Imperial War Museum to paint a scene at the largest such depot, one staffed entirely by women, at Russley Park in Wiltshire.

In 1924, for the Royal Exchange, Kemp-Welch designed and completed a large panel commerorating the work of women during World War One. From 1926 onwards she focussed on depicting scenes of gypsy and circus life and spent several summers following Sanger’s Circus, recording the horses.

She resided in Bushey, Hertfordshire for most of her life and a major collection of her works is in Bushey Museum. They include very large paintings of wild ponies on Exmoor, galloping polo ponies, the last horse-launched lifeboat being pulled into a boiling sea, heavy working horses pulling felled timber and hard-working farm horses trudging home at the end of the day. The Lucy Kemp-Welch estate has been represented by Messum’s Fine Art since 1975