You are here: Home>Herts history>Topics>Crime>The Murder Of Harriet Lane from Waltham Cross

The Murder Of Harriet Lane from Waltham Cross 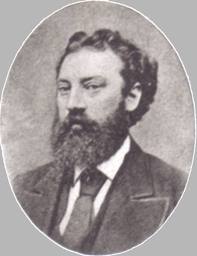 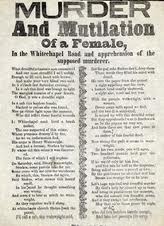 Harriet Louisa Lane was the daughter of John Lane, a gas fitter from Waltham Cross who worked at the Gunpowder Works in Waltham Abbey.  She was apprenticed as a milliner and dress-maker to Mrs Bray who lived opposite the Falcon Inn.  Harriet then worked in Mrs Bray’s shop at Turner’s Hill, Cheshunt, before taking over the teaching duties of her sister in Waltham Cross when she got married.

Early in 1871 Harriet met Whitechapel brush maker Henry Wainwright at BroxbourneGardens. Wainwright was married with children and seemed to be a pillar of the East London community.  However, he was captivated by Harriet’s good looks and sparkling personality and she by his wealth.  Wainwright moved Harriet into lodgings at Mile End where he plied her with expensive gifts and money.  They eventually had two children but Wainwright’s double life led to him neglecting his business which went bankrupt in 1874.

When Harriet disappeared in September that year Wainwright claimed she had gone to live in France with another man.  In reality he had shot her in the head and cut her throat.  He dismembered and wrapped the corpse in two cloth parcels.  A workman loaded the parcels into a cab but a severed hand fell out of one of them.  He quickly told the police who stopped the cab and arrested Wainwright who was executed at Newgate in 1875.