Extract from 'Love and the Loathsome Leopard', 1977 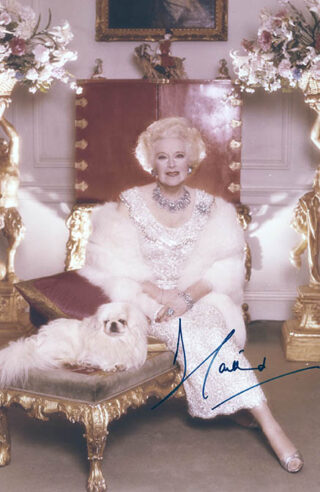 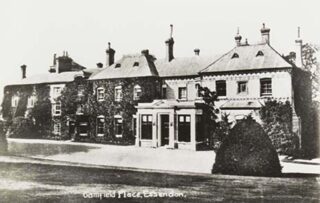 Barbara Cartland (1901-2000), was one of the most famous authors of the 20th Century, writing more than 700 romantic novels, with worldwide sales of more than a billion copies. She lived in the village of Essendon for the last 50 years of her life.

Cartland was born in Birmingham, but after her father’s death in the First World War, the family moved to London. She worked as a gossip columnist for the Daily Express before publishing her first novel Jigsaw in 1923. Most of her books were historical romances with gallant heroes and chaste heroines, such as The Penniless Peer, and Love and the Loathsome Leopard.

In 1950, with her second husband, she moved to Camfield Place in Essendon, which had once belonged to the grandfather of Beatrix Potter.

Cartland had a lifelong interest in social causes, and was elected to Hertfordshire County Council in 1955, where she served for nine years. She also campaigned for gypsies and travellers, helping to establish the first Romany Gypsy Camp in the country near Hatfield, which was nicknamed ‘Barbaraville.’

In later life, she became a well known media personality appearing with her trademark heavy make-up and pink chiffon gown. Cartland was made a Dame in 1991. She died at Camfield Place, aged 98 and was buried on her estate.