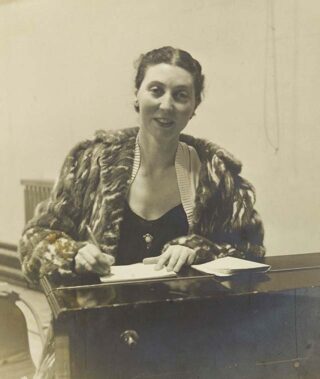 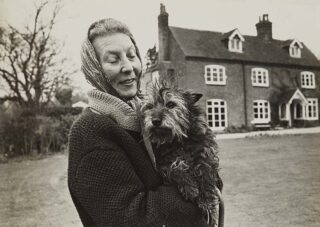 Elizabeth Poston (1905-1987) was a musician and composer, best remembered for her carol Jesus Christ the Apple Tree. She lived at Rooks Nest House, near Stevenage, which was once the home of the author E.M. Forster.

Poston was born at Pin Green (now part of Stevenage), but moved to Rooks Nest with her mother in 1914. She attended the Royal Academy of Music, where she was encouraged by the composers Ralph Vaughan Williams and Peter Warlock, and won a prize for her Violin Sonata, subsequently broadcast on the BBC in 1928.

An accomplished pianist, she frequently took part in wartime concerts at the National Gallery, where she first met E. M Forster. Having Rooks Nest in common, they became close friends and Forster made frequent visits to his childhood home.

Poston had a long association with the BBC, becoming Director of Music for the European Service, as well as composing scores for many radio and television productions.

She remained at Rooks Nest until she died in hospital after a fall, aged 81.