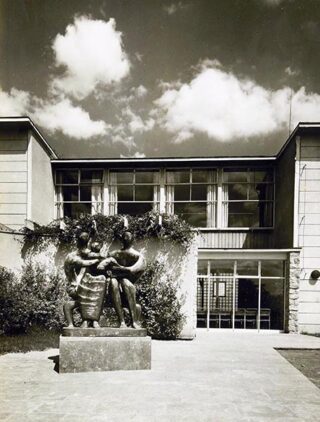 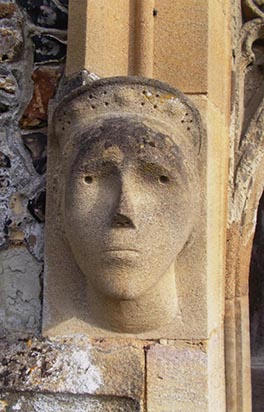 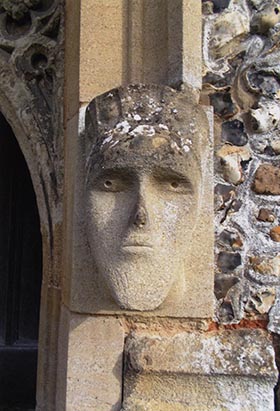 Henry Moore (1898-1986) was one of the most important British artists of the 20th century and an internationally celebrated sculptor, whose instantly recognizable semi-abstract bronze figures can be seen around the world. Moore lived and worked at Perry Green, near Much Hadham for more than half his life.

Born in Yorkshire, Moore won a scholarship to the Royal College of Art in 1921, and had his first exhibition in London in 1928. The following year, he married painting student Irina Radetsky and moved to Hampstead – home to many modern artists in the 1930s.

In 1940, he was a commissioned as a war artist and produced powerful drawings of people sheltering from the Blitz in the London Underground.

When his own studio was bomb damaged, he moved to Hoglands in Perry Green – a 16th Century timber-framed farmhouse, which was a quiet place to work while being close to London. Additional land and buildings were acquired in later years to establish a 70-acre estate where he could live, work and display his sculptures to their best advantage.

Moore’s first public commission after the war was the bronze Family Group, made for Barclay School in the newly developed Stevenage New Town. Many others followed, including Reclining Figures for the Festival of Britain in 1951, and for the UNESCO building in Paris in 1957.

He declined a Knighthood in 1951 but received many other accolades, including the Order of Merit in 1963.

Moore and his wife are buried in St Thomas’s churchyard, Perry Green. His two carved stone heads of a King and a Queen can be seen on the door to St Andrew’s church Much Hadham.

The Henry Moore Foundation, established in 1977 to promote and conserve his legacy, acquired Hoglands after his death, and the house, gardens and studios are open to the public.