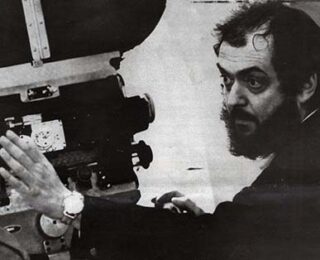 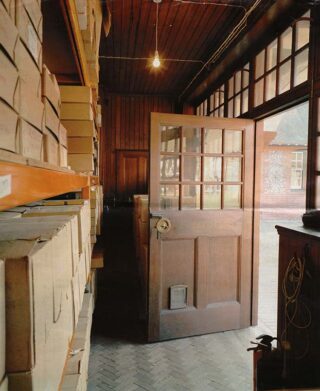 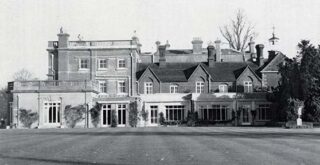 Born 1928 in New York, Stanley Kubrick was one of the 20th Century’s most influential film directors, with works including Dr Strangelove, and A Clockwork Orange.  Shunning the Hollywood film industry, he came to London in 1961, later moving to Hertfordshire where he lived for 34 years until his sudden death in 1999.

Kubrick started out as a photographer on Look magazine but took up film making in the 1950s. Paths of Glory  (1957), shot in Germany, achieved critical acclaim but was not a commercial success. Spartacus (1960) proved to be a blockbuster but, as a hired director, he lacked total control over the production.

Living and working in Britain enabled him to be in charge creatively. In 1965, he moved with his family to a house in Barnet Lane, Elstree, where he researched, wrote and edited some of his best-known films, including his most ambitious project – 2001: A Space Odyssey. The ground-breaking special effects, for which he won an Academy Award in 1969, were filmed at nearby Elstree Studios.

In 1978, Kubrick purchased Childwickbury, a large manor house between Harpenden and St Albans. Despite his reclusive reputation, he ventured out and about in St Albans, shopping at Waitrose and attending the local opticians (albeit under an assumed name).

Kubrick’s last film Eyes Wide Shut, was released in the year of his death. He was buried in the grounds of Childwickbury Manor.

Notoriously meticulous, Kubrick never threw anything away. By the time of his death, Childwickbury was full of his archives, stored in hundreds of boxes that overflowed from the house into the stable blocks and portacabins. The archive was later deposited with the University of the Arts London.

Christiane his widow, herself a successful artist, continues to live at Childwickbury.