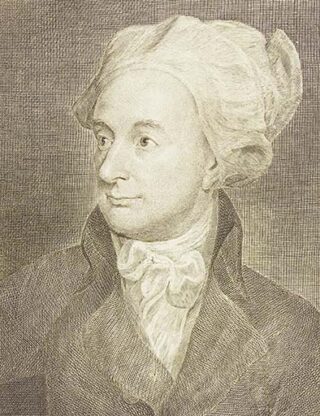 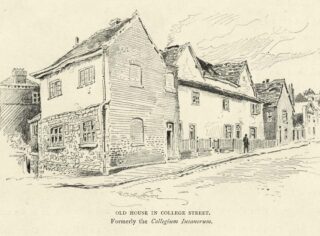 William Cowper (1731-1800), Hertfordshire’s best-known poet, was born at Berkhamsted Rectory. Despite struggling with mental illness, Cowper was one of the most popular poets and hymn writers of his time. His nature poetry anticipated the Romantic movement, while his Olney Hymns, acclaimed in both Britain and America, include his most famous line:

“God moves in a mysterious way,

His wonders to perform”

Cowper’s father was rector of Berkhamsted and chaplain to King George II. His mother Ann, who died when he was six, was a descendant of the metaphysical poet John Donne.

Under pressure from his father, he trained as a lawyer – a profession he hated, which caused him great distress, resulting in suicide attempts.

In 1763, he spent some time in a St Albans mental asylum. Collegium Insanorum, on the junction of College Street and Lower Dagnall Street, was small and compassionately run by Dr Nathaniel Cotton. During his time there, Cowper underwent an evangelical conversion, and referred to St Albans as “the place of my second nativity”.

In 1782 he wrote one of his best-known poems – The Diverting History of John Gilpin – a comic verse telling the story of a London draper, who borrows a friend’s horse to ride to The Bell in Edmonton for his wedding anniversary. The horse bolts, galloping past The Bell and on to its owner’s house in Ware, with Gilpin losing his hat and wig on the way.

Cowper also wrote verses for anti-slavery campaigners. In 1880, “Pity for Poor Africans’ was distributed around the country to encourage households to stop using sugar, one of the major products of slave labour.

Cowper died in April 1800 and is buried in East Dereham in Norfolk.  He is commemorated by a window in Westminster Abbey.