Education in Harpenden in the 1850s 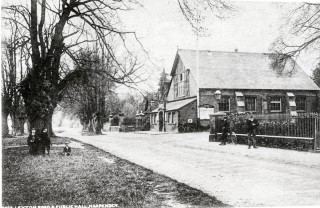 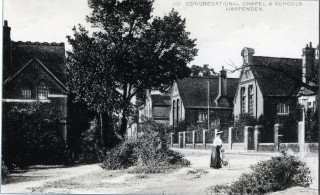 In the 1850s there was a good school in Harpenden, but few children were actually attending it.  The schoolmaster, John Henshaw, blamed the parents who couldn’t see the point of education!  W L Rogers visited Harpenden about 1858, and this is an extract from his Report:

‘There is in the village a valuable British school replete with everything essential to secure a sound education.  The School Master is evidently a superior man – well qualified to teach and appears sincerely anxious to secure the best interests of his scholars.  I found him greatly discouraged by reason of the positive indifference of so many of the parents and so little appreciation of the immense benefit (both to themselves and their children) of education. This is not confined to the poor but many decent families such as farmers and others not expected – of this I had abundant proofs in mingling among the people.

The average number of attendants is 156 scholars of both sexes – a very low number seeing it is the only public school in the village. This supplies an argument and tells at how low a point education is appreciated with a population of near 2,000 souls.  Still on the whole the population must not be classed illiterate – yet ignorant they certainly are. I never saw so little taste for reading of any kind.’

(A typescript copy of W L Rogers’ Report on Social Conditions in Harpenden can be seen at Herts Archives – pamphlet collection).