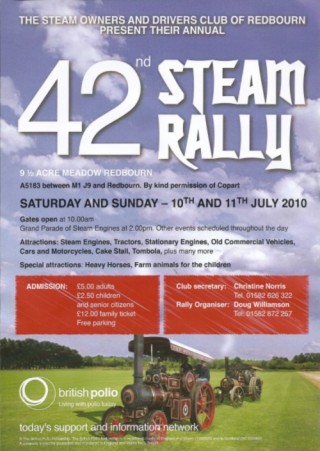 Gates opened at 10am and the grand parade of 14 steam engines was at 2pm.

All proceeds were donated to the British Polio Foundation.

If you were there and have any memories or photos from the weekend or previous events please add them to the website.