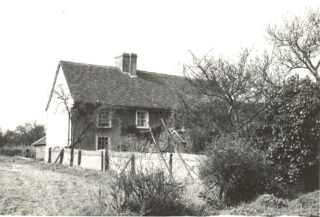 Thomas Gray (sometimes spelt Grey) of Weston, near Baldock, was a youngish man when Lucy Broadwood collected two songs from him.  The exact dates aren’t recorded, but both were published in Broadwood’s English County Songs in 1893, at which time Thomas was about thirty.

Thomas was born in 1862 in Stevenage, and christened on 5th October that year.  His parents’ names were Charles and Elizabeth, and he was the eldest of least seven children, the youngest of whom was eighteen years his junior.  The family lived in Stevenage, though for reasons unknown, Charles was absent for the 1871 census, though back for 1881.

By this time, Thomas was nineteen and described as an agricultural labourer.  In 1888, at the age of 25, he married Annie Barker, a nineteen-year-old from Weston, and the couple settled there.  By 1911, at which time Thomas was working as a gamekeeper and living at Damask Green, Weston, they had five children.  Annie died in 1943 and Thomas in 1949, at the fine old age of 86.

The songs that Lucy Broadwood collected from Thomas in or before 1893 were:

We have no record of where he learnt the songs from, but it’s likely that he was from families of agricultural workers, and either his parents or grandparents may well have passed them on.

It’s likely that Thomas and Annie Gray have descendants living in North Hertfordshire today, and any further information would be very welcome.