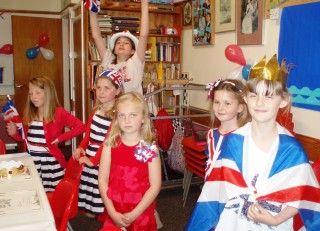 Arriving for the royal banquest
by Beverley Small 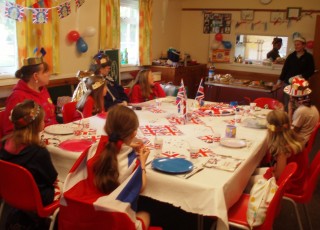 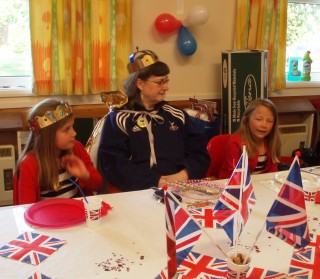 After the banquet
by Beverley Small 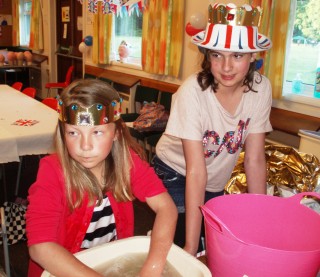 Washing up after the banquet
by Beverley Small

We began the day with a traditional British cooked breakfast.  After chores the Brownies made furniture for their rooms in the Royal Dolls House.

Who stole the bust?

In the afternoon we played the wide game.  Brownies were told that someone had stolen our bust of the Queen and they would have to take part in a series of tasks.  As they succeeded in solving each one, they would get a clue to the location of the bust.  The Windsor Castle six beat the Buckingham Palace six by a whisker by finding the stolen bust in the welly boot house!

In the evening we had our Royal Banquet followed by our Jubilee Honours and a Royal Variety Performance of the Royal Raps and the Royal Puppet Shows.